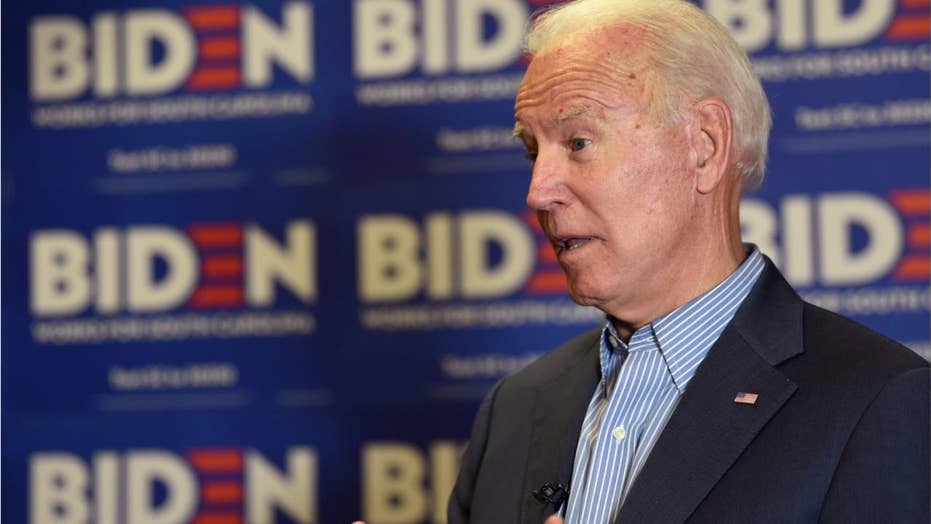 Former Vice President Joe Biden was denied Communion at a South Carolina church. The priest conducting Mass says he denied the 2020 presidential hopeful because of his abortion stance.

Former Vice President and 2020 presidential candidate Joe Biden refused to confirm reports that he was denied Communion at a South Carolina church on Sunday because of his stance on abortion, referring to the incident as his "personal life."

"I'm not going to discuss that," Biden told MSNBC's Andrea Mitchell in an on-air phone interview on Tuesday.

Biden and his wife attended Mass at the St. Anthony Catholic Church in Florence during a campaign stop, but he was denied Holy Communion -- seen by Catholics as receiving the body and blood of Jesus Christ -- after the pastor took issue with Biden's support of a woman's right to an abortion.

"Sadly, this past Sunday, I had to refuse Holy Communion to former Vice President Joe Biden," Rev. Robert Morey said in a statement on Monday. "Holy Communion signifies we are one with God, each other and the Church. Our actions should reflect that. Any public figure who advocates for abortion places himself or herself outside of Church teaching. As a priest, it is my responsibility to minister to those souls entrusted to my care, and I must do so even in the most difficult situations. I will keep Mr. Biden in my prayers."

Biden, who earlier this year condemned state legislation across the country that barred women from having the procedure, said: "I'm a practicing Catholic. I practice my faith, but I've never let my religious beliefs, which I accept based on Church doctrine ... impose ... on other people."

Biden faced backlash on the campaign trail in June from rival 2020 Democrats who criticized his previous support as a senator for the Hyde Amendment, which prohibits the use of federal funds to subsidize abortions except for cases of rape, incest or when a woman's life is endangered by a fetus -- a notion some of his campaign rivals fear has a disproportionate impact on minority communities.

Biden reversed his stance on the controversial piece of legislation, saying he "can no longer support an amendment that makes" a woman's right to an abortion "dependent on someone's ZIP code."

Biden isn't the first lawmaker who faced pushback from the Catholic Church because of conflicting political and religious beliefs.

Former Sen. John Kerry, D-Mass., faced a similar denial of Communion when campaigning for the Democratic presidential nomination in 2004 because of his stance on abortion rights.