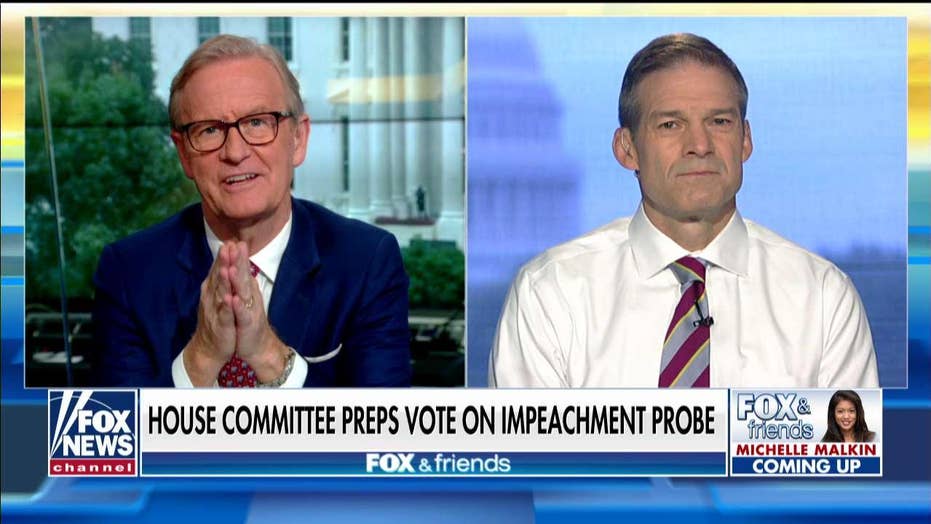 Rep. Jim Jordan, R-Ohio, says House Democrats need to figure out who is going to jail, instead of pursuing the impeachment of President Trump.

"When you're solely focused on going after the president you can't do what's best for the country. And that's been the problem with the Democrats," Jordan said Monday on "Fox & Friends."

"Jim Comey... is the guy solely responsible for putting the country through three years of this saga that we have now lived through," he continued, arguing that many Americans want to know "when someone's going to jail" over alleged wrongdoing in the Trump-Russia and Clinton email investigations.

Last month, a Justice Department inspector general report said that Comey violated FBI policy when he revealed information about discussions with President Trump to people outside the agency. Last year, the inspector general criticized Comey's handling of the investigation into Clinton's use of a private server for emails while she was secretary of state.

JIM JORDAN GRILLS MUELLER DURING TENSE HEARING: BILL BARR WILL 'GET TO BOTTOM' OF FALSE ACCUSATIONS 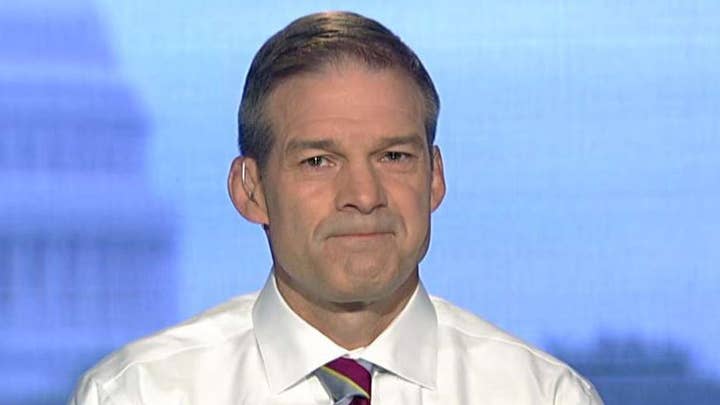 Jordan claimed much of the Democratic agenda has failed, including their questioning of former Trump attorney Michael Cohen and former special counsel Robert Mueller. He also said they should be more focused on shoring up the southern border and dealing with China's intellectual property theft.

Democrats on the House Judiciary Committee are looking to formally define what Chairman Jerrold Nadler, D-N.Y., has referred to as impeachment proceedings against President Trump. Democrats on the committee are planning on voting on how the investigation is defined, through a resolution that would set the boundaries of the probe, Politico reported.

"But that doesn't stop them. They're going to continue to push this ridiculous impeachment narrative," he added. "When they're focused on this warrantless impeachment inquiry, you're not getting done the things we need to be doing, like fixing the border situation -- dealing with... the intellectual property theft of China. Things we're supposed to deal with on the Judiciary Committeee"