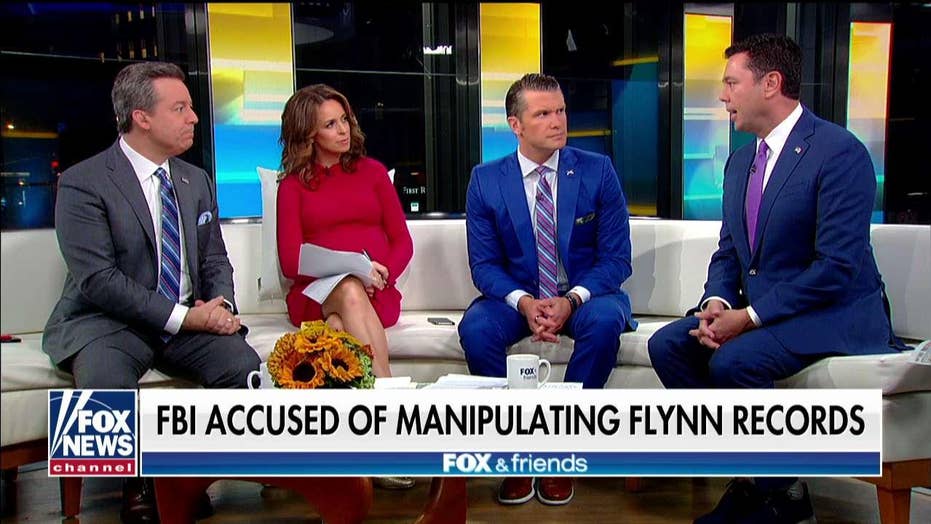 Chaffetz, a Republican and former Utah congressman, was reacting to an explosive new motion filed by Flynn's attorney, Sidney Powell, who called on the court to “dismiss the entire prosecution for outrageous government misconduct.”

In the 37-page filing, Powell also asked that federal prosecutors be held in contempt and that the government be ordered to hand over all evidence relating to Flynn.

The case stemmed from an FBI interview in which Flynn was asked about his conversations with former Russian Ambassador Sergey Kislyak. Flynn ultimately pleaded guilty to making false statements as part of former Special Counsel Robert Mueller’s investigation.

But Powell alleges that FBI officials manipulated Flynn’s FBI 302 — a form used by agents to report or summarize interviews.

Powell is also raising concerns about text messages between since-fired FBI agent Peter Strzok and former FBI lawyer Lisa Page days following the publication of the salacious anti-Trump dossier, which was funded by the Clinton campaign and the Democratic National Committee through law firm Perkins Coie.

A newly revealed email exchange between Strzok and Page on Feb. 10, 2017, reads: "I made your edits and sent them to Joe. I also emailed you an updated 302. I'm not asking you to edit this weekend, I just wanted to send it to you."

Prosecutors have strongly rejected claims they're hiding evidence, saying "the government has exceeded its discovery and disclosure obligations in this matter," including by providing Flynn with thousands of pages of documents.

All of this comes as U.S. Attorney John Durham's ongoing probe into potential FBI and Justice Department misconduct in the run-up to the 2016 presidential election has transitioned into a full-fledged criminal investigation.

Appearing on "Fox & Friends: Weekend" with hosts Ed Henry, Pete Hegseth and Jedidiah Bila, Chaffetz said Powell's allegations are "huge" and could potentially get Flynn "out from a guilty plea."

Chaffetz said the information Powell unearthed should be "pivotal" in the lawyer's efforts to clear Flynn.

"The FBI manipulated how they interviewed him. They used the precursors that were not there. And then, they actually edited," he said.

"And one of the key things I think is so important -- it really gets to me -- is that Michael Horowitz, the inspector general, went to go get these text messages and the FBI said, 'Oh, we can't find them,'" Chaffetz said.

"He had to go to the Pentagon to get an algorithm to go get these text messages which now reveal this interaction between these FBI agents that really does look like nefarious activity," he noted.

While filling in for "Hannity's" Sean Hannity, Chaffetz spoke with Flynn's attorney.

"We also have information that the agents did manipulate the 302. You know, it was long in a quote 'deliberative state,' as they called it. Which is highly unusual in and of itself. People can go to the actual document and read it and see a lot for themselves," Powell said.

"It's extremely concerning," she said. "It's outrageous government misconduct. The agents deliberately calculated and met to plan and strategize how to ambush, interview, Gen. Flynn without letting him know he was officially under any kind of criminal investigation."

Whether the combative filings will persuade the court in a case in which Flynn has already pleaded guilty remains to be seen.