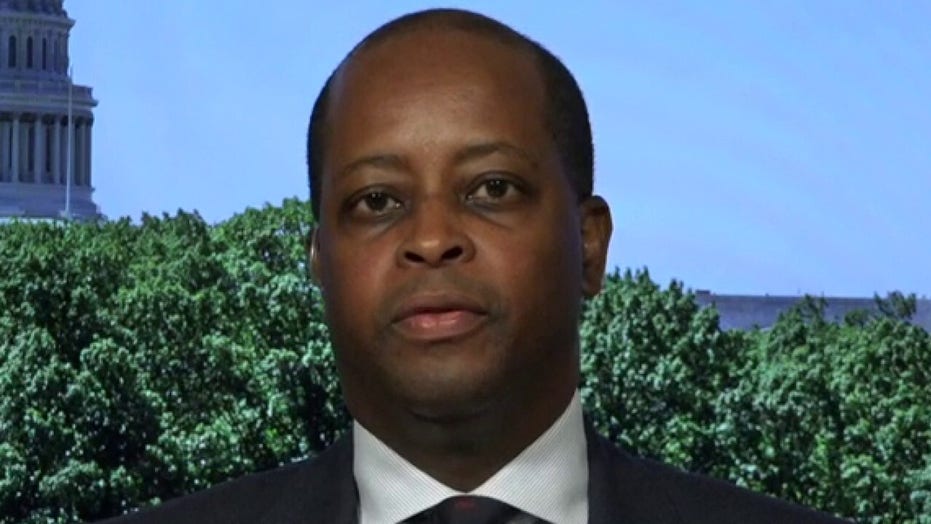 The president of one of the nation’s most renowned historically black universities is calling on his students to channel their feelings "into something durable," and be catalysts for change, as the country marks another weekend of unrest over the death of George Floyd.

"They have inherited a significant problem that they did not ask for," Wayne A. I. Frederick of Howard University in Washington, D.C., told "America's News HQ" co-anchor Arthel Neville. "They inherited a system that is prejudice against people of color, against those who are disadvantaged, and so they must, by their studies and by their careers, make sure that there are policies on the books, that there are lawmakers at the table at the time of the discussion to change those things.

"They must do those same things on a broader level than the generations before them have done," Frederick said.

Frederick recounted a "difficult" conversation he had with his 15-year-old son one night while watching the coverage of Floyd's death and the national outrage that followed.

"You are matriculating through Howard University for a purpose that is greater than yourself."

"Should I just fall to the ground if a cop approaches me?" his son asked.

"I got to tell you, it was difficult. I couldn't make eye contact with him," Frederick said.

"I never looked him in his eye when I said to him, 'no, you should stand your ground, you should firmly, and address the officer respectfully, but let him know who you are, what you are about and what you're going to do.'

"I have to be honest with you," he added, " that’s not a conversation I felt comfortable with and I did not feel comfortable that even that would save his life -- and that means that real change has to be brought about."

In a letter addressed to Howard University students, Frederick acknowledged that while "it's okay to be angry," and "feel numb," students should "take those feelings and channel them into something durable. Write about it. Sing about it. Participate in the electoral process and vote about it."

DR ALEVEDA KING: PROTESTS ARE 'REQUIRED' AT THIS TIME BUT MUST BE PEACEFUL, PRAYERFUL

He went on, "No pandemic, no declining economy, no period of prosperity and no cure for every medical ailment will undo or hide the realities of the black experience." Frederick continued, "We must bring consistency to that struggle and focus our intellect and passion daily to prepare for the hard work that must be done to confront evil and systemic oppression. As students remain vigilant about your studies, you are matriculating through Howard University for a purpose that is greater than yourself. "

Frederick told Neville that despite experiencing a "range of emotions" during this time, as a parent of two African-American teenagers, he has been forced "to have hope for them, hope for the future, but that hope can only come about with real tangible change."

He continued, "While there is despair, worry and concern, I have to look into their eyes and see they will live in a better America as long as there's change that takes place."