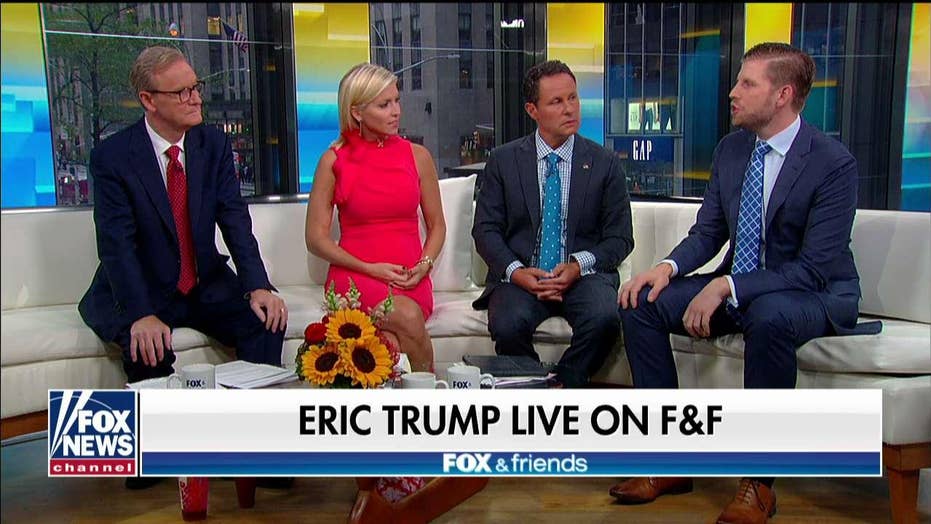 Members of the mainstream media 'pose a danger to this nation,' says Eric Trump

President Trump's son Eric said the mainstream media poses a danger to the American public by using their political bias to bury the truth.

The mainstream media's overt bias poses a "danger" to the American public as the truth continues to be crushed under the weight of their political agenda in President Trump's impeachment inquiry, Eric Trump warned Monday on "Fox & Friends."

The son of President Trump singled out ABC's George Stephanopolous for an interview he did with Rep. Jim Jordan, R-Ohio., on Sunday, about the controversy surrounding Joe Biden and his son Hunter's business dealings in China and Ukraine. Eric Trump said Stephanpolous was obviously in the tank for the Bidens and didn't even bother trying to hide his allegiance.

"It's dangerous to this country," he said of the media's bias. "The media, in doing that -- they pose a danger to this nation. I mean look at the advocacy there. [George] Stephanopoulos... Stephanopoulos of all people... When you had Jim Jordan out there saying 'why did [Hunter Biden] get a billion and a half dollars from China?

"Why did he get a billion and a half dollars from China, when the biggest hedge fund managers, the smartest guys in the world, with unbelievable track records, every single year... beating the market -- they can't pull two cents out of China. Why is Hunter Biden with all the problems he had, getting a billion and a half dollars? And Stephanopoulos is sitting there stuttering."

ERIC TRUMP ON IMPEACHMENT FIGHT: 'WE'RE GOING TO WIN AGAIN. THIS IS GOING TO BACKFIRE ON THEM 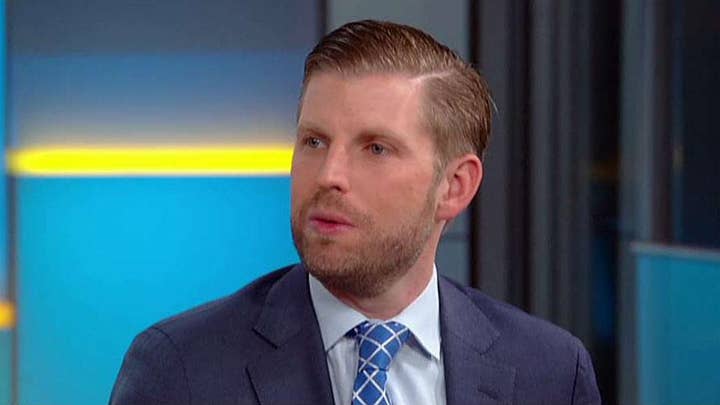 Trump pointed out that Stephanopoulos was a member of Bill Clinton's White House and claimed public opinion is finally turning against legacy media because of their outward left-wing bias.

"This is why America is so sick of most of the mainstream media, right? Look at the way that they ask questions," he said. "You had senators that were literally having to shout and scream to be heard over the commentator. That's not their role."

"But, unfortunately, that's the role the media is playing every single day these days," Trump continued. "It's what America is seeing through. They are a part of the left-wing party. They are advocates for the left-wing. They won't even ask these candidates the serious questions."

Eric Trump also referred to the media's attempts to drag the president down as a "clown show" and said his father's actions have driven liberals and the media to the brink of insanity.