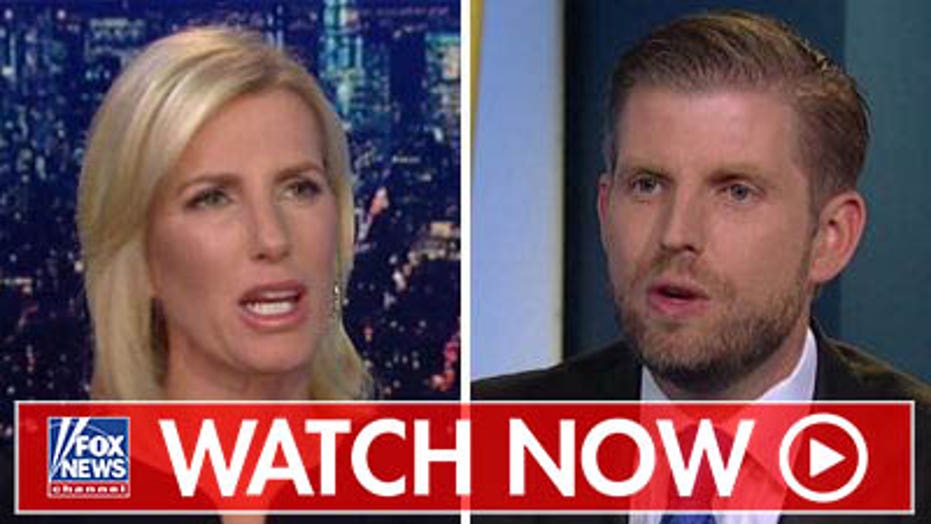 There is incredible hypocrisy in the media and on the left, and the comparison between the treatment of the Biden family and Trump family exemplifies that, Trump said Wednesday on "The Ingraham Angle."

"The double standard -- the hypocrisy is incredible," he said, pointing to the younger Biden's past position on the board of a Ukrainian energy giant and his work in China.

"I spent half my life raising money for dying children at St. Jude's Children's Hospital and I get viciously attacked for it. 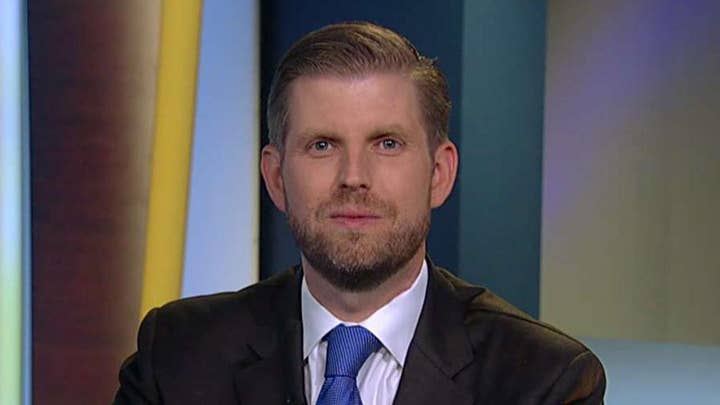 "Here, you have a kid who gets kicked out of the Navy for drug use, gets caught multiple times with drug paraphernalia -- How many scandals do you have? -- and then you have Ukraine," Trump said of Hunter Biden, the 49-year-old son of the former vice president.

Trump said the media would be hounding him or one of his siblings if they were flying on government aircraft with their father and reportedly inking business deals.

Trump said he and his family gave up the opportunity to grow their business while their father ran and serves as president -- and noted the president does not accept his salary.

"We're not doing any deals overseas," he said. "They enriched themselves off of politics. We're probably the only people in American history that did the exact opposite."

Trump added that, as a businessman who knows other businessmen, Chinese firms and the Chinese government are reportedly difficult to procure money or investment from.

"They go over to China -- they can't pull three cents out of China," he said, comparing those situations to Hunter Biden's business dealings.

In remarks Wednesday, the elder Biden rejected claims he or his son have done anything wrong.

"There is zero, zero, zero, zero evidence of any assertion being made," Biden said. "Nobody has ever asserted that I did anything wrong except he [President Trump] and what's that fellow's name -- Rudy Hootie."