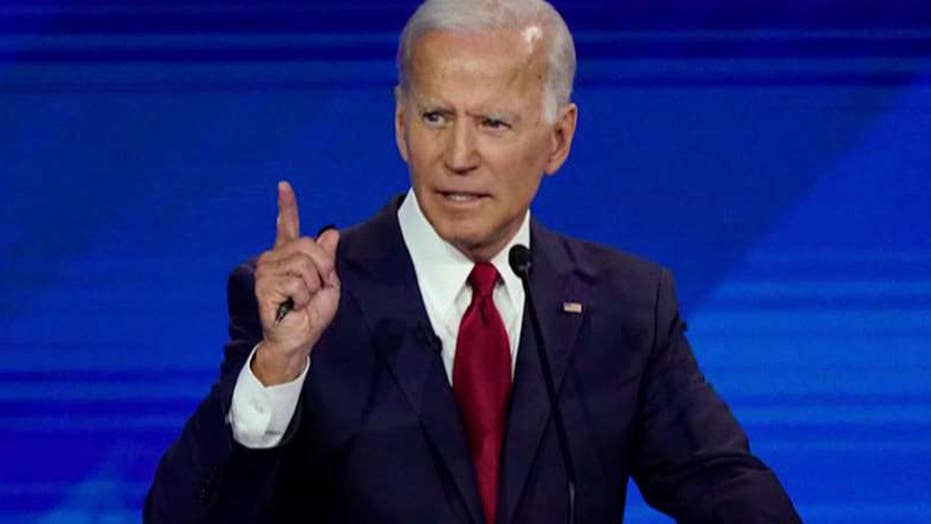 President Trump represents a traitorous threat to the security of the United States and shouldn't be reelected next November, according to longshot 2020 GOP presidential candidate Joe Walsh.

Walsh, a former congresssman, went off on the president during a Sunday interview on CNN's "State of the Union," saying Trump was "unfit" for the White House.

"I’m running against President Trump because he’s unfit and a clear and present danger to this country," he told host Jake Tapper.  "There’s no way in hell I would vote for him in November. The election is about Trump, period."

Trump hasn't responded often to his Republican primary challengers, but in a tweet back in August, he called Walsh "a one-time BAD Congressman from Illinois who lost in his second term by a landslide, then failed in radio."

Walsh called Trump a "traitor" earlier in the segment and said he would vote to impeach the commander-in-chief if he were still in Congress, following Trump's call for China to investigate former Vice President Joe Biden. Walsh also said he didn't think Trump was guilty of treason.

"This president betrayed his country again this week," Walsh said. "Would I vote if I were in Congress on the [impeachment] inquiry?... He stood on the White House lawn... and told two additional foreign governments to interfere in our election. That alone is impeachable. This is a strong term I’m going to use, but I’m going to say it on purpose: Donald Trump is a traitor.

"Now, I know there’s a lot of talk about treason. Right? People on both sides... have been irresponsible using that word, treason," he continued. "I’m not accusing this president of treason. Our founders were very specific as to what treason is. But, when you look at 'traitor' more broadly defined, this president betrayed our country again this week, and it’s not the first time he did it."