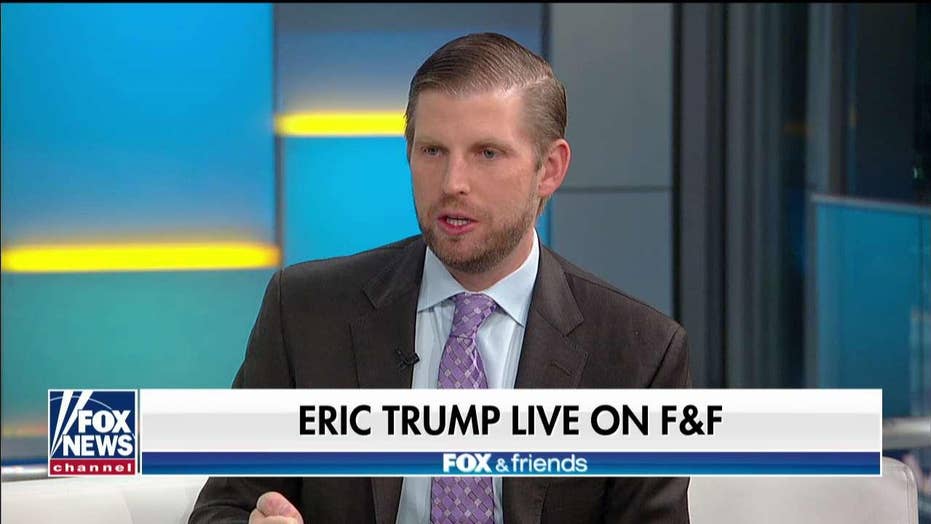 Eric Trump on impeachment fight: 'We're going to win again. This is going to backfire on them'

President Trump's son Eric predicted a huge victory in 2020 and said Democratic efforts to impeach the commander-in-chief will ultimately backfire.

Eric Trump appeared on "Fox & Friends"  Monday and predicted a massive Republican presidential victory in 2020 as a result of the recent Democratic impeachment proceedings and said efforts to oust President Trump will eventually backfire.

Trump said economic prosperity will continue to win over voters, as Democrats continue to reel, wondering how they can overturn the results of the 2016 election.

"The Democrats know that they cannot win in 2020. They tried this before with the Russia hoax," he said earlier in the interview. "They're trying to get [Associate Justice Brett] Kavanaugh again. Every time that they can create some sensational firestorm, they do it. 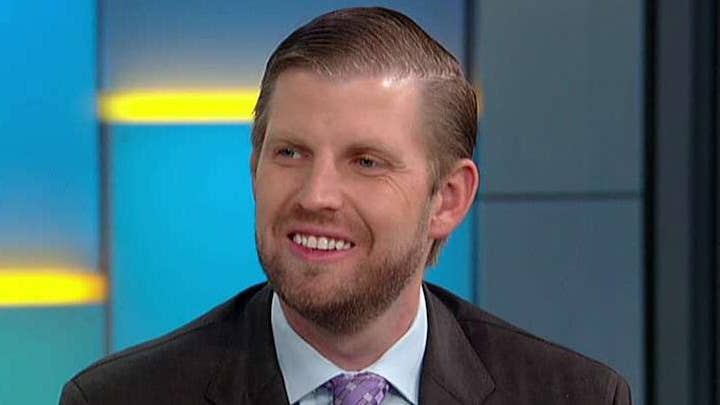 "You know why? Because we have the greatest economy in the history of our country," Trump continued. "Our country is doing phenomenally well. We're getting results on just about every single front."

Eric Trump also responded to comments from Rep. Adam Schiff, D-Calif., chairman of the House Intelligence Committee, who claimed President Trump knew he was breaking the law and sought foreign assistance in his campaign.

Eric Trump called him a "disgrace" and said he is a perfect example of why America needs to enact congressional term limits.

"Look at everything that Adam Schiff said about the Russian hoax," Trump said. "The guy has been wrong time and time again. And it's a disgrace... Their political system is broken... Adam Schiff is exactly why we need term limits in this country. He's a total disgrace."