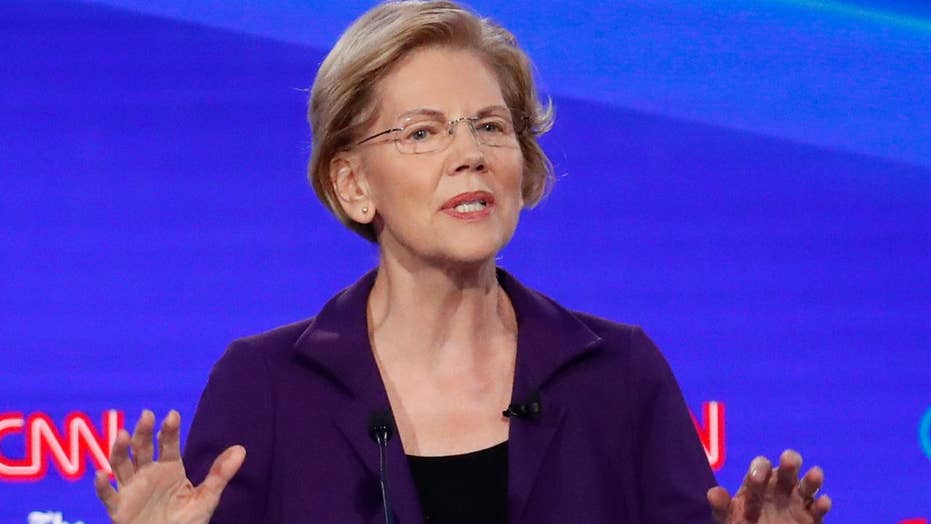 Sen. Elizabeth Warren gets attacked from all sides on her agenda on the debate stage; Griff Jenkins has a recap.

The quip by 2020 presidential hopeful Sen. Elizabeth Warren, D-Mass., about gay marriage last week was clever, but her attitude towards traditional, middle America could alienate voters in the long term, wrote Washington Post columnist Ruth Marcus in a Tuesday op-ed.

Warren's comments came during CNN's LGBTQ forum last week when she was asked what she would say to someone who supports marriage between "one man and one woman."

“Well, I’m going to assume it’s a guy who said that," Warren replied. Then she added, “And I’m going to say, then just marry one woman — I’m cool with that. Assuming you can find one."

The exchange went viral on social media and earned Warren high praise from the left.

Marcus praised Warren's delivery as charismatic but said the senator took a risk by being morally presumptuous and assuming the high ground with millions of key voters.

Marcus viewed the moment as "a mistake that evoked missteps of Democratic campaigns past — a dismissiveness that Warren and her fellow candidates would do well to avoid."

"This is bad politics, which may be the strongest immediate argument for shifting course, yet it is something worse than that," Marcus wrote. "It reflects an attitude of intolerance and disrespect toward people of faith. Those who reasonably expect tolerance and respect should think about — well, they should think about the importance of practicing what they preach."

Marcus cited the religious right's resistance to gay marriage and said dissenters deserve to be treated with a modicum of respect and tolerance instead of being talked down to.

"Major religions, including the Catholic Church, continue to teach that homosexual conduct is immoral and to oppose same-sex marriage. That is their right," she wrote. "As that enterprise proceeds, it is important that it be conducted with the respect that Warren failed to display." 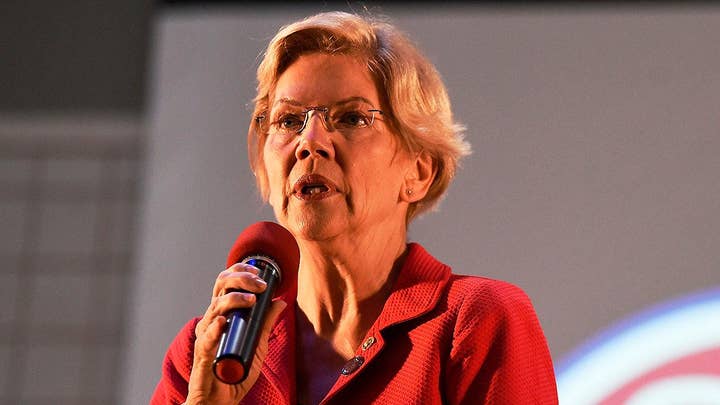 Marcus also noted how Warren's comments could hurt her with African American voters who tend to be socially conservative and unsupportive of gay marriage.

"Most immediately, this dismissive attitude is politically dangerous," the op-ed reads. "In the short term, Warren’s seeming intolerance toward those whose faith rejects same-sex marriage could hurt her with African American voters. In the general election, her comments carried unsettling echoes of Democratic missteps past."

"It’s also just bad behavior," Marcus added. "Disagree, vehemently; don’t disrespect. Tell the imaginary questioner — and the millions of Americans who share his conviction — that you believe his view is misguided, intolerant, insulting. Explain why. Don’t denigrate his faith, or suggest that following it makes him a loser."