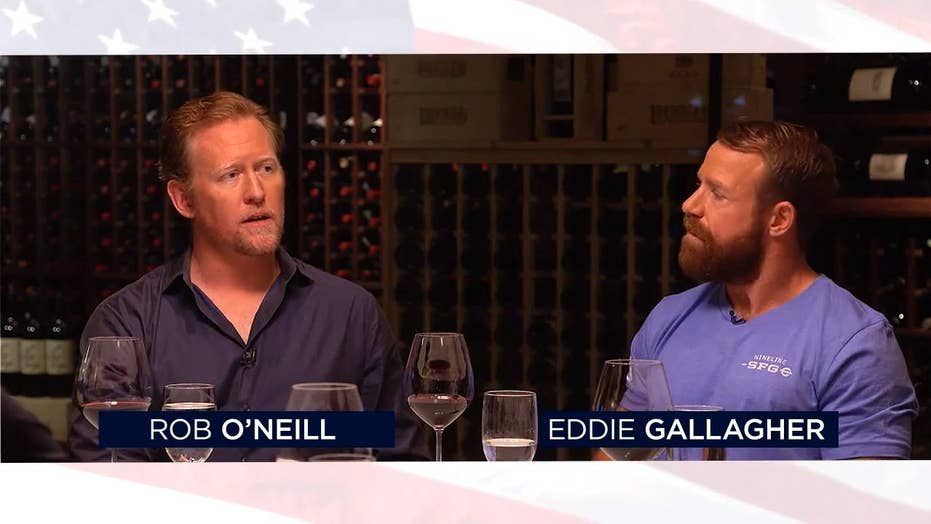 PROGRAMMING ALERT: On Sunday, Nov. 10 at 10 p.m and Monday, Nov. 11 at 1 a.m. EST Fox News will air, "Modern Warriors: A Veterans Day Special." An exclusive director's cut of the special will be also available on Fox Nation.

Decorated Navy SEAL Eddie Gallagher sat down with Fox News' Pete Hegseth in an exclusive interview days before reports surfaced that President Donald Trump is set to take "imminent action" in his case and those of two other U.S. military service members accused of war crimes.

Gallagher was acquitted in July of several serious charges after serving nine months in prison, including time in solitary confinement.  He was found not guilty of the murder of an Islamic State (ISIS) member in Iraq and the attempted murder of Iraqi civilians, though he was convicted on one count of taking a photo with the body of an ISIS fighter.

Gallagher appealed the decision, but last month the Navy upheld the sentence, which stipulated a reduction in rank that would cost him up to $200,000 in retirement funds.

On Monday, Hegseth said he spoke with President Trump who indicated that he would like to act on Gallagher's case before Veterans Day on Nov. 11. Hegseth reported on Friday that the review is still ongoing and a decision will be announced soon.

The Fox News host spoke to Gallagher before the Navy decision upholding his sentence.

"Eddie, I can't help but think that last Veterans Day you probably had a much different view after what you've went through," said Hegseth in "Modern Warriors: A Veterans Day Special."

"Actually," said Gallagher, "I was watching this show in prison ... when you had everybody else on last Veterans Day."

'TRUMP IS THE ONLY ONE WHO HAS DONE RIGHT BY OUR FAMILY': EDDIE GALLAGHER'S WIFE

"Unbelievable," replied Hegseth.  "You were in prison for your life ... your reputation, how then do you reflect on Veterans Day?"

"The situation I was in this past year, as frustrating and tragic as it was," said Gallagher, "it's not going to take away from how I feel about being a veteran and how I feel about our military." 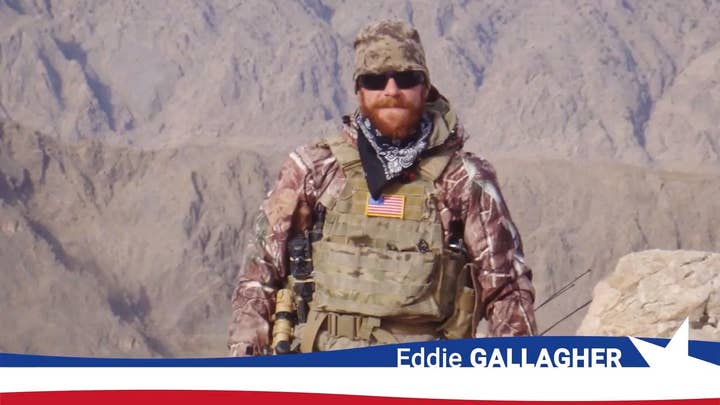 The exclusive interview was conducted after the military operation in northern Syria that lead to the death of ISIS leader Abu Bakr al-Baghdadi.

Hegseth told Fox News that all four veterans had been on similar raids and were able to provide fresh insight into how it all went down.

TOMI LAHREN SITS DOWN WITH EDDIE GALLAGHER'S WIFE: 'THEY RAIDED OUR HOUSE, THREW MY KIDS OUT ON THE STREET'

"They've been in a Black Hawk helicopter ready to touch down in an operation like the one that killed Baghdadi," he said.

Hegseth also observed that these veterans shared a common opinion on how the military changed after Trump became commander-in-chief.

"There guys to a man emphasize that the culture inside special operations changed the day that Trump took office," he said. "Their mission was to destroy ISIS and the culture empowered the guys at the local level to make decisions about enemy targets, as opposed to what they said was multiple levels of decision-makers that tied their hands and at the very least delayed actions required to fight the enemy."