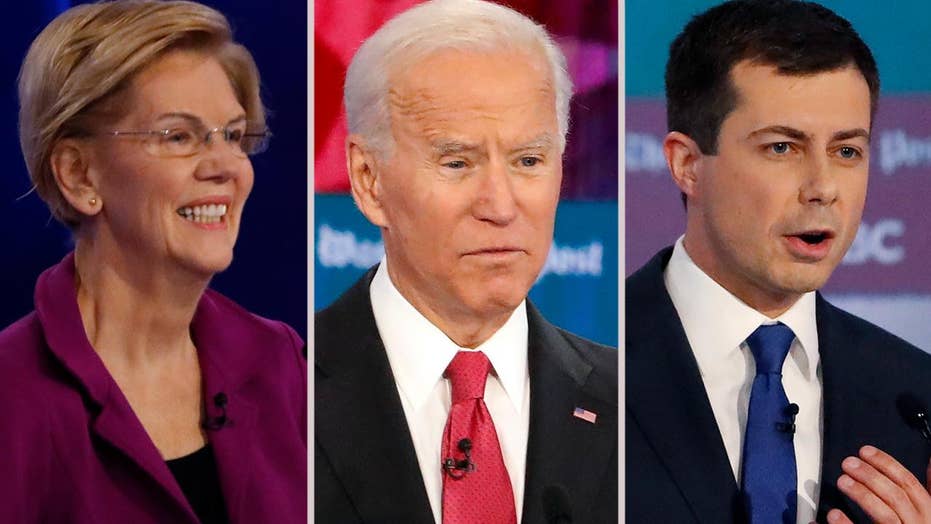 Which 2020 candidate can expect to see a boost from the latest debate?

"Biden, I wouldn’t say that he was a house of fire in any of the debates that we’ve been to. And yet he comes — kind of bumps along, kind of Mr. Magoo-ing his way through this," the former top Obama White House adviser said on CNN.

"And you keep worrying he’s going to hit a wall but he’s moving forward.”

"Joe Biden had some stumbles -- he always does -- but less in this debate, and frankly [he] made his points about why he may still be leading in the national polls," Baier said.

Biden’s campaign accidentally sent out a fundraising email celebrating his performance at Wednesday's Democratic debate – hours before the event had even begun.

The message was clearly worded to be sent after the debate’s conclusion.

“I’m leaving the fifth Democratic debate now,” the email begins. “I hope I made you proud out there and I hope I made it clear to the world why our campaign is so important.”

The message was sent out to Biden supporters several minutes after 3 p.m. ET, nearly six hours prior to the start time.

A little more than an hour later, the campaign sent a follow-up email with the subject line "oops."