Peter Navarro discusses if he regrets his critical editorial on Dr. Anthony Fauci

CNN anchor John Berman had a contentious exchange with White House trade adviser Peter Navarro over his terminology of the coronavirus outbreak.

Towards the end of a tense, lengthy interview on Wednesday morning, Navarro attempted to turn the tables on Berman by asking him a question.

"The Chinese Communist Party infected this nation with a deadly virus," Navarro began while speaking in front of the White House.

"No," Berman quickly reacted before Navarro asked why Americans are "fighting" amongst each other. "You may want to pose that question to me. I invite you to pose it to the guy sitting behind you. And I will say that this virus that is infecting the United States right now is—"

“We let you say that once, Peter, please don’t say it again on this show,” Berman responded.

"The China virus," Navarro repeated with a chuckle. 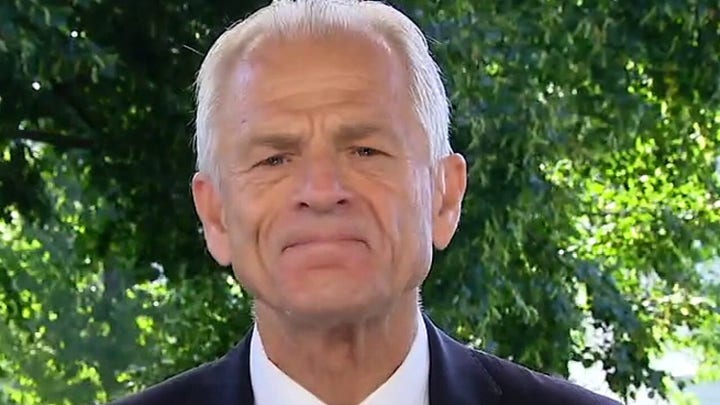 “All right, Peter Navarro, we appreciate you being with us," the "New Day" anchor began wrapping up the interview. "I know what you’re trying to do there. There are Asian Americans who have told us they have become the source of crimes."

"The CCP virus, my friend. We love the Chinese people, John. They're hard-working and they're under the rule of an authoritarian government," Navarro added.