"Fox News Sunday" anchor Chris Wallace said on Tuesday that President Trump and Sen. Bernie Sanders are the only two candidates who have a base with a “genuine grassroots enthusiasm" from ardent supporters that will "walk through fire for them.”

“You can’t beat that,” the host of "Fox News Sunday" told “Outnumbered Overtime.”

“With [Joe Biden] and with [Michael Bloomberg], we haven’t seen that,” Wallace.

Wallace stressed that Super Tuesday is “so important” because Bloomberg will actually face voters in the national race for the first time.

“We’re going to see whether or not those half-billion dollars in ads actually get support when people go to the polls,” Wallace said.

Wallace’s comments came after Trump claimed Monday that the race is being “ rigged against Bernie.” Trump added that Sanders could still “pull through” and win the nomination. 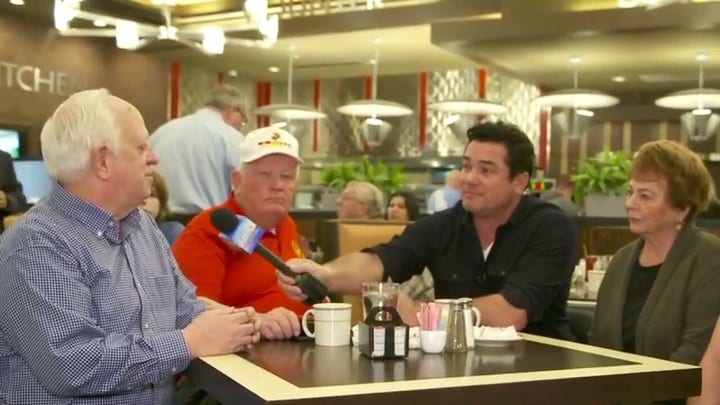 Democrats began coalescing around Biden after he won handily in the crucial South Carolina primary on Saturday, while CNN and MSNBC appear to be renewing their hostile coverage of Sanders, I-Vt., who the Democratic establishment reportedly fears will run away with the nomination.

There has been a bitter feud between MSNBC and the Sanders campaign in recent weeks as the self-described socialist began emerging as the clear 2020 front-runner.

"Meet The Press" anchor Chuck Todd suggested that Sanders supporters were part of a "digital brownshirt brigade," which was condemned by the Anti-Defamation League.

"Hardball" host Chris Matthews, who suddenly retired from the network Monday night, similarly invoked the Holocaust by comparing Sanders' victory in Nevada to the Nazi takeover of France. He later apologized for those remarks.

Both MSNBC and CNN gave continuous coverage of Biden's Texas rally on Monday evening, featuring his former competitors Pete Buttigieg, Amy Klobuchar and Beto O'Rourke, all of whom have given their endorsements to the ex-vice president.