A Canadian official criticized President Biden on Friday, calling his decision to ask countries such as Iran and Venezuela for oil "absolutely senseless."

"[Canada is] already the largest supplier of energy to the United States, closest friend and ally," Alberta, Canada Finance Minister Sonya Savage said during an appearance on "America’s Newsroom." "And yet we see them going to Venezuela, Iran, Saudi Arabia, for more energy. It’s absolutely senseless. We’re right next door."

Savage, who is also the leader of the Alberta Legislative Assembly, added that the thought of asking for oil from those countries was "utterly ridiculous" and asserted North America and many European countries have been "funding" Russia’s war on Ukraine through "dysfunctional energy policy." 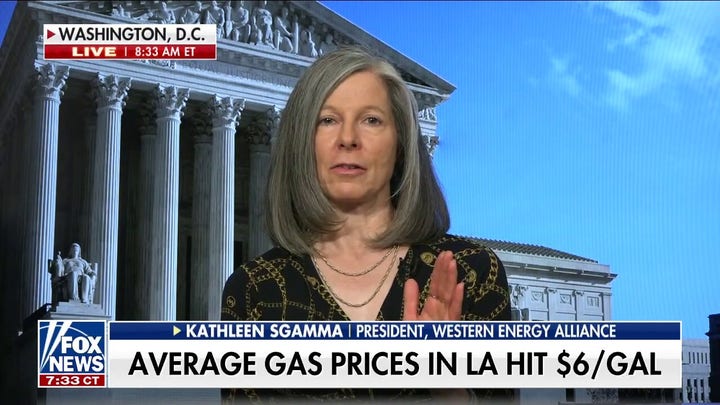 The Canadian official also claimed that nobody from the Biden administration has reached out to her or any other official that she knows of in Alberta, but noted to Trace Gallagher that she has spoken extensively with West Virginia Senator Joe Manchin, who has expressed interest in Canadian oil production.

Savage also announced that Alberta has launched an advocacy campaign in U.S. markets urging prospective trade partners to "look north" for energy security. Alberta is also talking cross-border about formulating a continental energy strategy that looks at energy affordability, liability, as well as the issue of lowering emissions.

Earlier this month, U.S. officials spoke with Venezuelan President Nicolas Maduro for the first bilateral talks in years earlier this month to discuss Russia and oil. U.S. diplomats have sought to find energy alternatives worldwide that could replace Russian oil and gas.