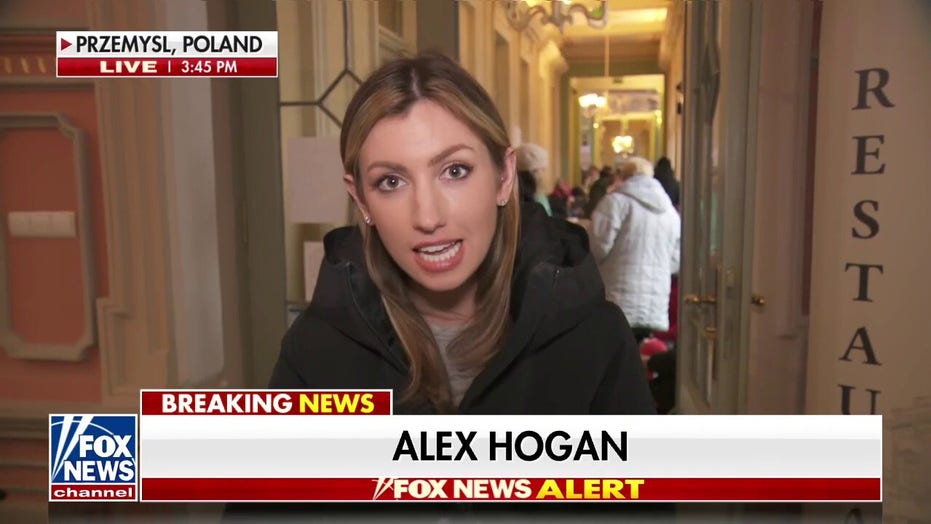 Several senior Biden administration officials from the White House and State Department traveled to Venezuela on Saturday to meet with the Russian ally as Moscow’s economy begins to crater under the weight of sanctions, according to a report.

The U.S. is hoping to capitalize on Russia’s economic weakness three years after the Kremlin – along with China and Iran – came to Venezuela’s financial aid when the Trump administration cut diplomatic ties with Caracas and imposed sanctions on oil exports in the Latin American country amid Western accusations of an illegitimate election, The New York Times reported, citing sources familiar with the matter.

Most of Venezuela’s oil exports went to the U.S. before the sanctions.

Nicolas Maduro, Venezuela's president, delivers a State of the Union address at the National Assembly in Caracas, Venezuela, on Saturday, Jan. 15, 2022. (Getty Images)

Authoritarian President Nicolás Maduro of Venezuela was accused by the U.S. and the West of election fraud in 2019, with the White House recognizing opposition leader Juan Guaidó as the real president.

An activist member of opposition party Primero Justicia holds a placard showing the face of Russian President Vladimir Putin and Venezuelan President Nicolas Maduro during a protest against the Russian invasion in Ukraine, in Caracas on March 4, 2022.  (Getty Images)

Current U.S. officials hope to pull Caracas further away from Moscow after Venezuela has already distanced itself from Russian President Vladimir Putin’s invasion of Ukraine, according to the report.

Demonstrators hold a "Stop Putin" banner during a protest against Russia's invasion of Ukraine outside the European Union consulate in Caracas, Venezuela, on Thursday, March 3, 2022.  (Getty Images)

The visit was the highest-profile one to Venezuela from American officials in years.

Last week, Venezuela and regional Russian allies Cuba and Nicaragua abstained from a vote condemning Russia for the invasion rather than voting against it.

Some in the U.S. are considering Venezuelan oil as a possible substitute to Russian imports, as more American politicians say the U.S. needs to end its reliance on Russian oil, which could help finance Putin’s war.

Maduro in a speech on Thursday said, "Here lies the oil of Venezuela, which is available for whomever wants to produce and buy it, be it an investor from Asia, Europe or the United States," according to the Times.