Trace Gallagher currently serves as FOX News Channel's (FNC) chief breaking news correspondent. He joined the network in 1996 as a correspondent and is based in Los Angeles. He has also served as a substitute co-anchor of FNC’s morning news program America’s Newsroom.Read More

In this capacity, Gallagher has covered some of the biggest breaking news stories to hit the nation and throughout the world. Most recently, Gallagher provided live breaking coverage on Russia’s invasion of Ukraine, anchoring overnight special reports as the situation escalated. In addition,Gallagher led the network's reporting on the college admissions scandal revealed by Operation Varsity Blues as well as contributed coverage surrounding the murder of journalist Jamal Khashoggi. In the past, his reporting included the shooting on Capitol Hill, the Washington Navy Yard shooting, the sexual harassment charges against former San Diego Mayor Bob Filner, the George Zimmerman murder trial and the birth of the Duke and Duchess of Cambridge's first child His Royal Highness Prince George of Cambridge. Additionally, he provided breaking news coverage of the deadly crash of Asiana flight 214 at San Francisco Airport (SFO), the Boston Marathon bombing and the shootings at Newtown Elementary School and at a movie theatre in Aurora, CO in 2012.

During his tenure at FNC, Gallagher has covered a multitude of stories, including the on-going conflict in the Middle East, the tsunami in Tōhoku, Japan and the death of Michael Jackson. Gallagher also spent five years in New York serving as co-anchor of FNC's The Live Desk, alongside Martha MacCallum.

Gallagher graduated from the University of San Diego with a B.A. in business. 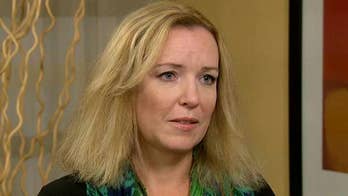 Michelle Black is primarily focusing on her 9- and 11-year-old sons these days.