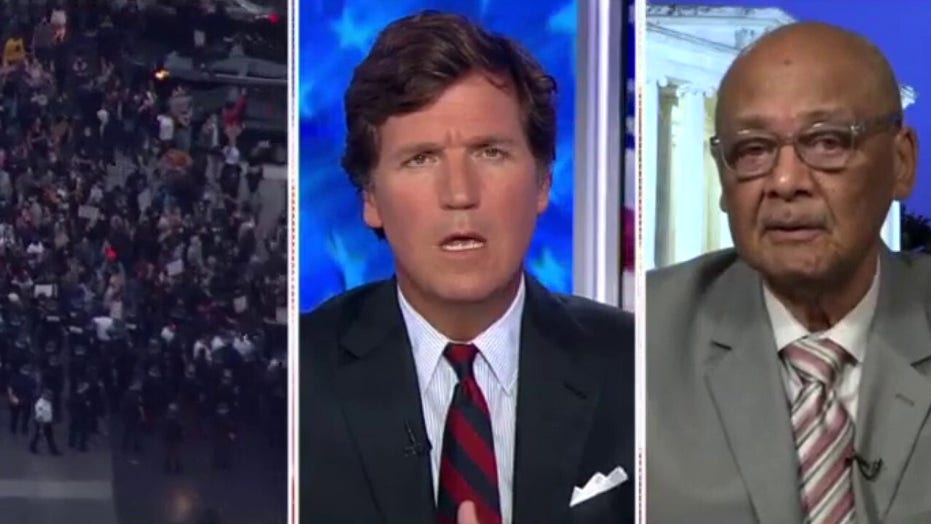 Civil rights activist Bob Woodson responds to riots: Race is being used as a ruse

Former civil rights activist Bob Woodson issued a sweeping indictment Tuesday of both the Black Lives Matter movement and the idea that "systemic racism" is the cause of African-American hardship in the U.S.

"I don't know what systemic racism is. Maybe someone can explain what that means," he told "Tucker Carlson Tonight." Carlson responded by asserting that it was "a way to make people be quiet and stop asking questions about economics, as far as I can tell."

Woodson's interview came as protesters across America marched for another night to protest police brutality against George Floyd and other African Americans -- something many have described as a result of systemic or institutional racism.

Earlier in his interview, Woodson, a former head of the National Urban League Department of Criminal Justice, told Carlson that the civil rights movement promised that if black people led institutions, "all of black America would be better off."

Woodson told Carlson that he left the movement because he "realized that many of the people who suffered most -- poor blacks -- do not benefit from the change -- that they're demographics were used by some of those leaders."

"It's more class than it is race ... and now race is being used to deflect attention away from the failures of people running those institutions," he added. "The question is why are black kids failing in school systems run by their own people?"

"When Eric Holder was a U.S. Attorney in Washington, D.C., a lot of young people were shot by the police, but they were black police shooting black kids and not one was prosecuted. But there was no public outcry because as long as illegality or evil wears a black face, then it escapes detection and that's what's wrong with looking life through the prism of race."

Woodson also suggested that much of black suffering was the result of Democratic leadership.

"In the past 50 years, $22 trillion has been spent on poverty programs. Seventy percent goes not to the poor but those who serve poor people," he said.

"So many of those people taking office use this money to create a class of people who are running these cities, and now after 50 years of liberal Democrats running the inner cities, where we have all of these inequities that we have, race is being used as a ruse, as a means of deflecting attention away from critical questions such as why are poor blacks failing in systems run by their own people?"

On Sunday, The Wall Street Journal published an op-ed by Woodson who argued that hostility towards the police has hurt black people.

"The violence in Minneapolis elicits flashbacks of the rioters in Ferguson, Mo., after the August 2014 police shooting of Michael Brown," Woodson wrote.

"After shops were set aflame and stores were looted, then-Gov. Jay Nixon said many of those arrested had come from outside the state, including as far as Chicago. Ferguson residents suffered deeply in the wake of the violence. Public bus service was suspended and people couldn’t get to work. Volunteers from churches in the area brought in donated food because so many local stores and restaurants were burned-out shells."