The Arizona Department of Education (ADE) is reportedly facilitating conversations about sex between youth and random adults without parental consent.

The ADE is reportedly associated with online chat rooms where minors discuss sex and gender with adults present and without parental consent after Superintendent Kathy Hoffman was accused of linking to two online chat spaces to ADE's website.

The ADE reportedly advertised a chat room website called Q Chat Space, which targets LGBTQ+ youth 13 years and older. Q Chat Space, launched in June during "Pride Month," apparently offers a "quick escape" feature that hides a child’s visit to the site by redirecting from the Q Chat Space site to Google’s homepage. The adults, referred to as "Q Chatters" are facilitating the discussions and do not have to be licensed professionals.

A protester holds the trans flag and snaps in solidarity with other speakers, during the demonstration. Transgender rights advocates stood outside of the Ohio Statehouse at noon to oppose and bring attention to an amendment to a bill that would ban transgender women from participating in high school and college women sports. (Photo by Stephen Zenner/SOPA Images/LightRocket via Getty Images)

Alarmed by the chat rooms, on September 1, 2022, an injunction was filed in Maricopa County Superior Court against Hoffman, Arizona’s Superintendent of Public Instruction after she linked two online chat spaces to ADE's website.

Peggy McClain filed the lawsuit against ADE for violating the Parents’ Bill of Rights provision which prohibits any attempts to encourage or coerce minors to withhold information from their parents.

McClain filed the lawsuit in the Maricopa County Superior Court, requesting that ADE remove the chat space from its website. The judge overseeing this case is Randall Warner.

McClain further asserted that the children’s data was vulnerable to hacking and could therefore be sold on the dark web to child predators, noting that some adult chat facilitators could possibly be "sexual groomers."

"One of the organizations behind QChat and QueerChat is Planned Parenthood. Since 2015, notinourschools.net has been sounding the alarm about this abortion mill.  As abortion restrictions have increased in Arizona, Planned Parenthood has become more aggressive and is now offering gender transition ‘services’ to youth," McClain wrote in an article.

Fox News Digital has reached out to ADE over the chat rooms, asking whether ADE is sponsoring the program. The ADE did not respond to the inquiries.

Heather Fruzzetti makes a public statement as people protest different issues including the board’s handling of a sexual assault that happened in a school bathroom in May, vaccine mandates and critical race theory during a Loudoun County School Board meeting in Ashburn, Virginia, U.S., October 26, 2021. Picture taken October 26, 2021. (REUTERS/Leah Millis)

Parents across the country are sounding off on school curriculum they argue is inappropriate for adolescents, including an Oklahoma parent who warned of a teacher directing students how to access "pornographic" books via a QR code. The QR code took students to the Brooklyn Public Library Books Unbanned site, which is designed to give students access to books that are removed from, or otherwise challenged, in libraries and schools.

Proponents of teaching gender ideology in schools say that it helps maintain tolerance and an accepting environment for LGBTQ+ youth. According to the Trevor Project, an organization that advocates for the inclusion of LGBTQ+ individuals, "[O]ne in three transgender youth reported attempting suicide, almost one-third reported being a victim of sexual violence, and more than half reported a two-week period of depression." 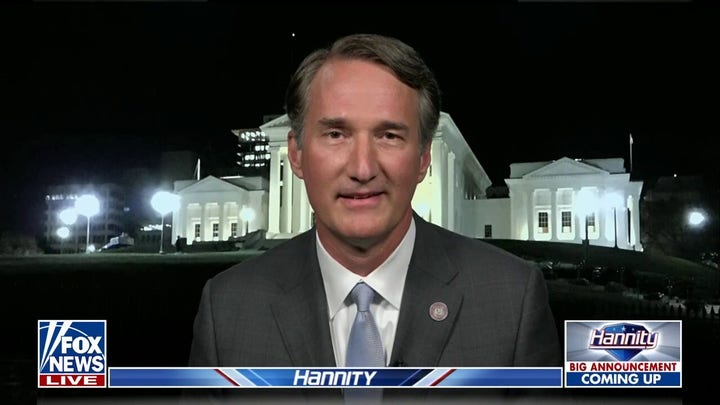