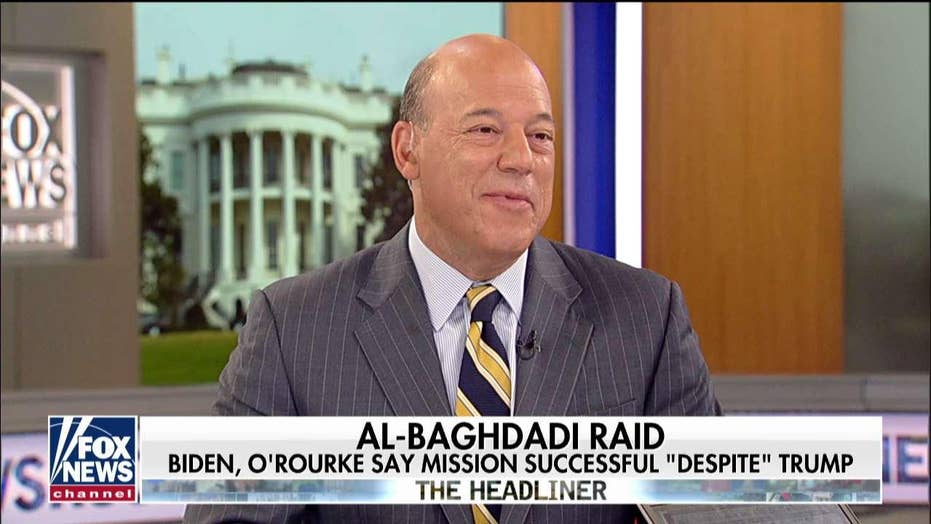 Former White House press secretary Ari Fleischer says former vice president Joe Biden has always been weak on foreign policy and his shots against President Trump are purely political in a time when America should be celebrating a win.

In an interview on MSNBC, Biden said the raid that killed ISIS leader Abu Bakr al-Baghdadi happened in spite of the president's actions.

"The military is incredible. They’ve done just a phenomenal job and I have great faith in them. But my lord, the president should stay in his lane and listen to the military and not get off on these rants he goes on...Now he is saying we are keeping troops in Iraq to protect the oil fields and that we are going to take the oil. That’s like putting up 500 banners...recruiting for ISIS," Biden claimed.

Appearing on "America's Newsroom" with hosts Bill Hemmer and Sandra Smith, Fleischer said Biden's comments were "politics as usual" and solely based on his 2020 candidacy.

He cited a recent column in The Washington Post which alleges that "Joe Biden is the absolute wrongest person on earth to be talking about this because he's the man that opposed the raid against Osama bin Laden."

"Biden's foreign policy judgment, as everybody knows, has been poor for three decades," he said.

"And, for him to weigh in on this now — the president deserves the credit he gets as commander in chief for authorizing a raid. The military carries it out. It's not more complicated than that," he told Hemmer and Smith.

In a recent op-ed on FoxNews.com, "Tucker Carlson Tonight" host Tucker Carlson wrote that the left is "incapable of celebrating Trump for any reason," labeling it "al-Baghdadi derangement syndrome."

"You know, this animosity towards the president runs so deep that it has distorted people's better judgment. There should be times where we, as Americans, stop and just say thank you," he said.