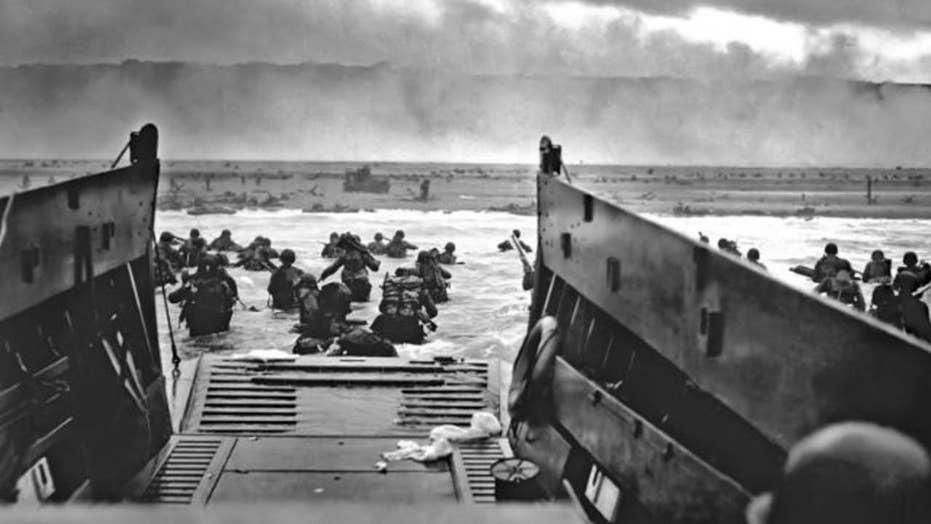 A recent donation to the D-Day Foundation is being called the most significant to date. The current owner of the Long Island, NY home discovered the tapes in 1994. He recently donated them to the National D-Day Foundation.

The original recording of war correspondent George Hick’s gripping first-hand account from the D-Day invasion has been discovered in the basement of a summer retreat on Long Island’s North Fork.

The award-winning recording of Hicks coming under fire from Nazi planes on the USS Ancon on June 6, 1944, was hailed by The New York World-Telegram as “the greatest recording yet to come out of the war.”

Bruce Campbell, the man who found the recording, donated it last week to the National D-Day Foundation in Virginia, The Washington Post reported.

“I’m listening to this, and I feel like I’m standing on the battleship with this guy,” Campbell told the paper of the first time he heard it. “It made my hair stand up. … This is the original media and masters it was actually recorded on.”

Campbell found the tape and other World War II recordings in 1994 after purchasing a summer cabin in Mattituck, L.I. that once belonged to a man named Albert Stern, the paper reported. The 16 recordings also include Edward R. Murrow.

The company that employed Stern as an executive manufactured the Recordgraph, the 75-pound taping machine that Hicks used to record his report on Amertape, according to the paper.

Ten years ago Campbell took another look at the basement tapes, the Post reported. His research took him to the U.K., where he found a man with a machine that could play the antiquated tapes.

On D-Day Hicks was working for Blue radio, the predecessor of ABC, the paper reported.

June 6, 1944: General Dwight Eisenhower gives the order of the day, "Full Victory - Nothing Else" to paratroopers in England just before they board their planes to participate in the first assault in the invasion of the continent of Europe. June 6, 2019, marks the 75th anniversary of D-Day, the assault that began the liberation of France and Europe from German occupation, leading to the end World War II. (U.S. Army Signal Corps Photo via AP)

He was standing on the deck of the Ancon, a key D-Day communications ship, as he delivered his report.

"Here we go again; another plane’s come over!" Hicks is heard hollering. "Right over our port side. Tracers are making an arc right over our bow now. … Looks like we're going to have a night tonight. Give it to them, boys!"

The Post described Hicks as tense but controlled as he fought to be heard over the crescendo of antiaircraft fire.

“Another one coming over! A cruiser right alongside of us is pouring it up!”

FILE - In this file photo from June 6, 1944, members of an American landing unit help their comrades ashore during the Normandy invasion. The men reached the zone code-named Utah Beach, near Sainte- Mere-Eglise, on a life raft after their landing craft was hit and sunk by German coastal defenses. (Louis Weintraub/Pool Photo via AP, File)

The recording lasts more than 13 minutes.

At one point Hicks is heard saying, “If you’ll excuse me, I’ll just take a deep breath for a moment and stop speaking.”

The correspondent died in 1965.

The D-Day Foundation said on Facebook it was honored to accept Campbell’s Stern Amertape Collection donation.

“These coveted recordings represent one of the most significant D-Day artifact donations to the Foundation to date,” it said.