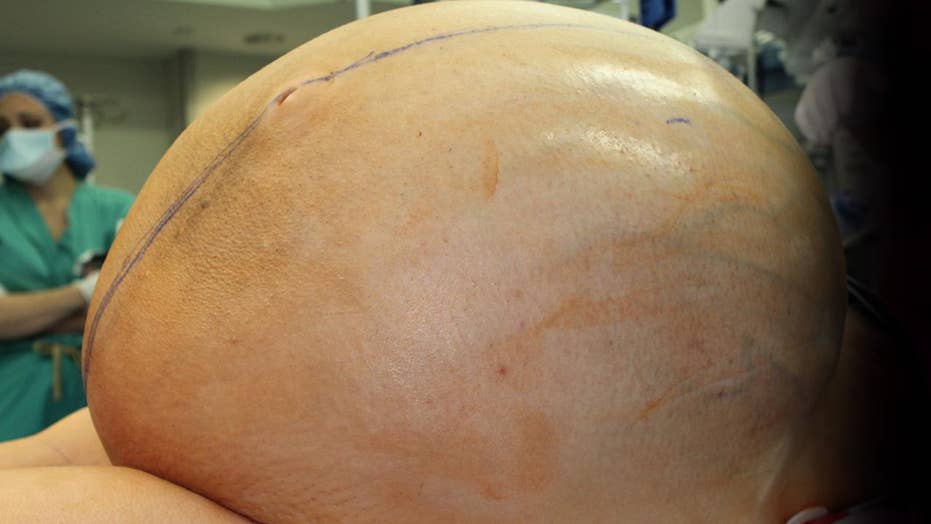 A team of surgeons at Danbury Hospital in Connecticut resected a 132-pound benign mucinous ovarian tumor from a 38-year-old woman in a five-hour surgery.

A Connecticut woman has made a full recovery after undergoing a life-saving operation in May that saw a 25-member surgical team safely remove a 132-pound ovarian tumor from her abdomen. The 38-year-old patient, who has chosen to remain anonymous, had sought help after she started gaining about 10 pounds per week.

The patient, who was confined to a wheelchair due to the size of the tumor, was also extremely malnourished because of where the tumor was sitting. Her gynecologist referred her to specialist Dr. Vaagn Andikyan, of the Western Connecticut Medical Group, who put together the team of clinical specialists at Danbury Hospital.

“I might expect to see a 25-pound ovarian tumor, but a 132-pound tumor is very rare,” Andikyan said in a news release. “When I met the patient, she was extremely malnourished because the tumor was sitting on her digestive tract, and she used a wheelchair because of the tumor’s weight. I wanted to help her, and I knew that we could at Danbury Hospital.”

Andikyan’s team worked for five hours to remove the tumor and reconstruct the patient’s abdomen while carefully avoiding a major blood vessel that the tumor had been sitting on, which posed a danger to her heart.

The tumor was sent for genetic testing to determine what caused it to grow so rapidly.