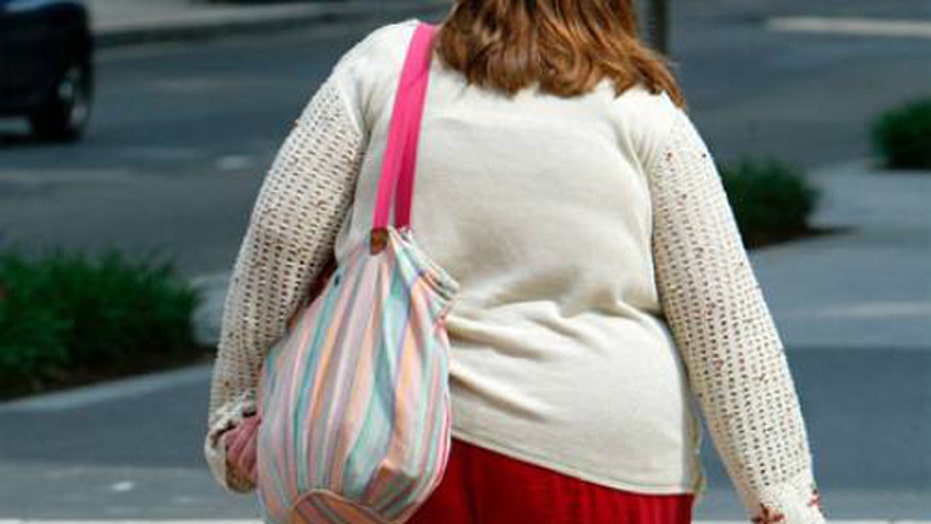 The national telephone survey found 13 states with very high rates of obesity last year. Overall, the proportion of U.S. adults deemed obese has been about the same for years now.

"A plateau is better than rising numbers. But it's discouraging because we're plateauing at a very high number," said Kelly Brownell, a Duke University public policy expert who specializes in obesity.

The Centers for Disease Control and Prevention does the survey each year, and recently released 2012 results.

Louisiana and Mississippi led the list. In both, nearly 35 percent of adults were obese. Colorado was lowest, with less than 21 percent obese.

It's not surprising states in the South and Midwest top the charts year after year, experts say. Many states in those regions have higher poverty rates.

The CDC defines someone as obese if their weight-to-height ratio - called a "body mass index" - hits 30 or higher. A 5-foot-9 person would be considered obese at 203 pounds or more.

The CDC's annual telephone survey asks adults their height and weight. Overall, nearly 28 percent of Americans were obese, the 2012 survey found. That's roughly the same as it's been since 2008.

Another CDC survey - which weighs and measures participants - is considered more accurate. Since the middle of the last decade, that survey has found that around 35 percent of U.S. adults are obese.

The story may be different with children. A CDC study released last week showed - for the first time - slight drops in obesity for low-income preschoolers in 18 states.

Experts called that report encouraging, but note it studied children fed through a federal program which provides food vouchers and other services. The decline in obesity was largely attributed to program changes - instituted in 2009 - that eliminated juice from infant food packages, provided less saturated fat, and made it easier to buy fruits and vegetables.