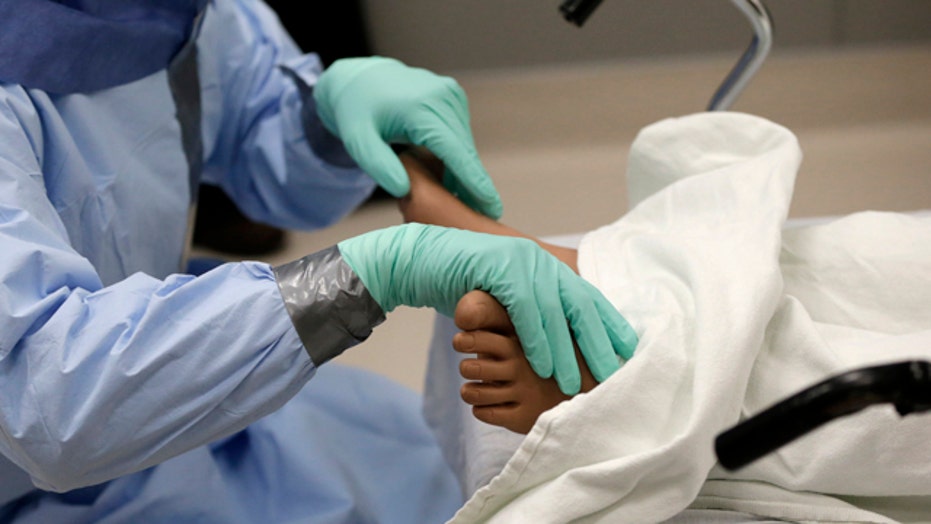 After the 2 nurses, who is most at risk for Ebola?

48 Dallas residents had contact with Ebola victim Thomas Duncan, 76 health care workers, including the 2 stricken nurses, treated him and that only the beginning. How many people should the CDC be tracking? #Ebola

DALLAS – The first Dallas nurse to have contracted Ebola after treating an infected Liberian man was transferred Thursday from a Dallas hospital to a specialized medical facility in Maryland.

The National Institutes of Health said in a statement that Nina Pham, 26, was being taken from Texas Health Presbyterian Hospital in Dallas to the NIH center in Bethesda, Maryland. The NIH facility has one of four isolation units in the United States.

As Pham left the Dallas hospital in an ambulance about 6 p.m. Thursday, dozens of nurses cheered and waved signs bearing messages of affection and good wishes. She was taken to Dallas Love Field, where she boarded the same executive jet used to fly a co-worker to an Atlanta hospital on Wednesday. The jet took off shortly after 7 p.m.

Hospital spokesman Wendell Watson said Pham's transfer is necessary because numerous employees are being monitored for symptoms and aren't available to work.

Pham will receive care from an NIH staff that specializes in infectious disease and critical care, according to the NIH statement.

A second nurse who tested positive, 29-year-old Amber Joy Vinson, has been transferred to a biohazard infectious disease center at Emory University Hospital in Atlanta.

Pham and Vinson were involved in providing care to Thomas Duncan, who died of Ebola last week at Texas Health Presbyterian.

Pham will be flown to Frederick Municipal Airport in Frederick, Maryland, a small airport about 35 miles northwest of the NIH. State police, the city and the county are coordinating to ensure she has a quick trip to the hospital, Frederick City Police Lt. Clark Pennington said Thursday.