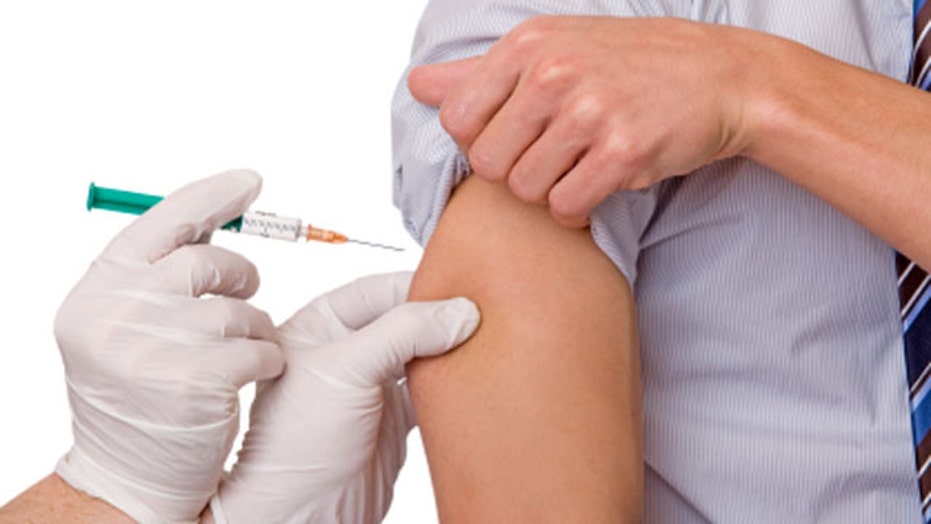 With winter quickly approaching, doctors and public health officials are encouraging people to roll up their sleeves for a flu shot. According to new research, this annual ritual is especially important for people who already have, or who are at risk of, heart disease.

The new study, published this week in the Journal of the American Medical Association (JAMA), found that people vaccinated against the flu had a lower risk of a major cardiovascular event such as a heart attack or stroke, compared with those who received no flu vaccine.

“The study is important because it reconfirms that there are benefits to getting the flu vaccination,” Dr. David Frid, staff cardiologist in preventative cardiology at the Cleveland Clinic in Ohio, said, “especially in people who have recently had a cardiac event, because it reduces the likelihood of their having some type of cardiovascular complication if they do develop the flu.”

Don't Skip Your Annual Flu Shot
For the JAMA article, researchers from the University of Toronto analyzed five published studies and one unpublished study. They combined the data to get a stronger picture of the connection between flu vaccination and cardiac events. Together, the studies included more than 6,000 patients, with an average age of 67. More than one third of those people had a history of heart disease.

People who were vaccinated against the flu had a 2.9 percent risk of having a major cardiovascular event within eight months of follow-up. This risk increased to 4.7 percent for people who skipped the vaccine or received a placebo shot.

While the term “flu” is commonly used to describe any cold or virus that occurs during the winter, the new study looked specifically at the influenza virus. Flu shots are given each year at doctors' offices, pharmacies, and malls, and may even be available for free or at a reduced cost. These vaccinations are designed to protect people against the flu but are ineffective against the common cold and non-influenza viruses.

The Centers for Disease Control and Prevention recommends that everyone older than six months be vaccinated against the flu. And flu shots are especially important for people at risk of complications, including those with heart disease and people with compromised immune systems.

Related: When the Flu Turns Deadly

The Flu Can Strain Your Heart
Though people in the new study who received a flu shot had a lower risk of complications from the flu, Frid says there is no direct relationship between the flu virus and developing heart disease. In other words, getting the flu will not also give you heart disease.

In younger people, the flu can cause missed days of work or school. In older people and those with other health conditions, however, it can lead to hospitalization or even death.

Related: Can You Have the Flu Without a Fever?

Reaffirming the Benefits of Flu Shots
According to the study authors, less than half of people under the age of 65 with high-risk conditions receive the flu vaccine, which puts them at risk of complications like heart attack and stroke. Older people, who often have existing health problems, are more likely to be vaccinated, although up to one third still skip the annual flu shot.

“The data supports what has been the recommendation of a lot of public health organizations,” Frid said, “that people should get the flu vaccine, especially people with underlying cardiac disease.”

For people with a history of heart disease, the study provides assurance that a flu shot is a win-win.

“There does not appear to be any negative cardiovascular effects from getting the vaccine,” Frid added. “It all appears to be in the positive direction.”