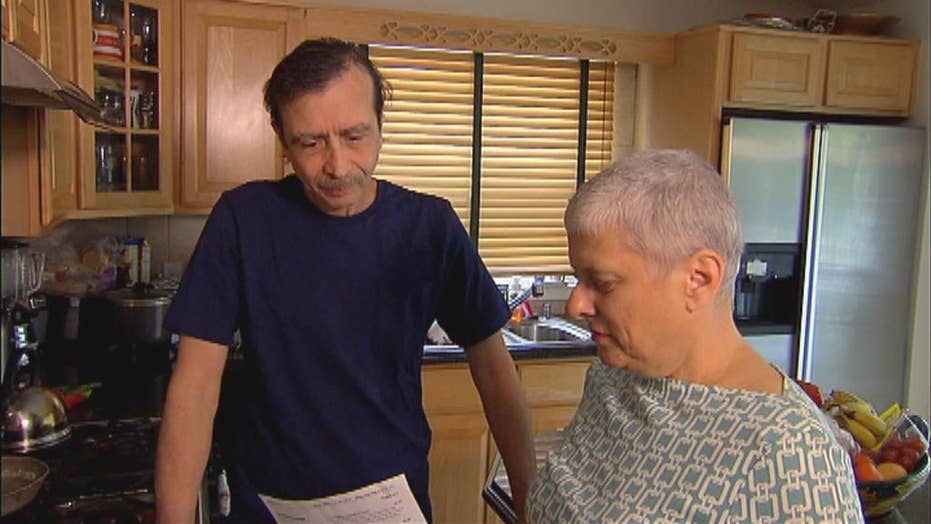 In 2017, between 20 and 30 percent of women diagnosed with breast cancer will lose their jobs. The Pink Fund helps women pay their bills so they can just focus on getting better

Molly MacDonald was diagnosed with breast cancer during a time of job transition. She had no income and was paying Cobra insurance for her and her five children and former husband.

"We were facing homelessness, I was in line at the food bank, I was bargaining with Ford credit every 60 days to please not come and repo my car,” MacDonald told Fox News.

After going through a financially devastating divorce, MacDonald took out a $500,000 life insurance plan to make sure her kids were protected.

“I kind of thought it would be better if cancer had taken my life,” MacDonald said. “If I had an advanced disease and died my children would not be homeless.”

In 2017, between 20 and 30 percent of women diagnosed with breast cancer will lose their jobs, according to a 2017 report by Health Affairs. With the average treatment for breast cancer lasting 7 to 8 months, medical bills on top of household monthly bills can add up quickly. Some women may exceed their medical leaves and many cannot afford to miss months of work without financial devastation.

During MacDonald’s six-month treatment, she became disheartened by the dozens of other women she met in similar financial situations.

"I thought well this is a huge gap, somebody needs to do something, why not me?" she said.

MacDonald said she was reminded of a Henry Ford quote when she decided to do something about the financial health of breast cancer patients.

“’Whether you think you can or you can’t, you’re right,’ and I thought I could and I did,” she said.

In 2005, MacDonald created the Pink Fund, a breast cancer non-profit that provided financial support to women while they went through treatment.

"We pay patients’ bills to their creditors for 90 days. We align by design with the Family Medical Leave Act and we pay their mortgage or rent, transportation like car payments, insurance and utilities directly to their creditors," MacDonald said.

The Pink Fund helps women pay their bills so they can focus on getting better. Like 63-year old breast cancer patient Patty Dell' Olio. She was diagnosed with triple negative breast cancer in April 2016.

“My bills started to pile up, I actually had to borrow money and I was trying to find whatever I could that was out there that would be helpful and I found the Pink Fund,” Dell’ Olio told Fox News.

Dell’ Olio received money through the Pink Fund program to pay for her car insurance and gas bills for three months.

“It helped me mentally a lot, just [to] take those burdens off those two bills was a big help.”

A 2013 Bankrate study reported more than 75 percent of Americans don't have enough savings to pay six months of bills.

"It’s hard because you’re dealing with having to think about if you're going to be alive in a year or so and then you're on the phone talking to someone about giving you money, it's difficult," Dell’ Olio said.

After 10 months of treatment, Dell’ Olio’s doctors said her scans looked good, but she will have to continue to be monitored for the rest of her life.

"On the plus side you develop a certain sense of you know, not serenity or calm but you start to prioritize everything and see what's really important and what isn't," she said.