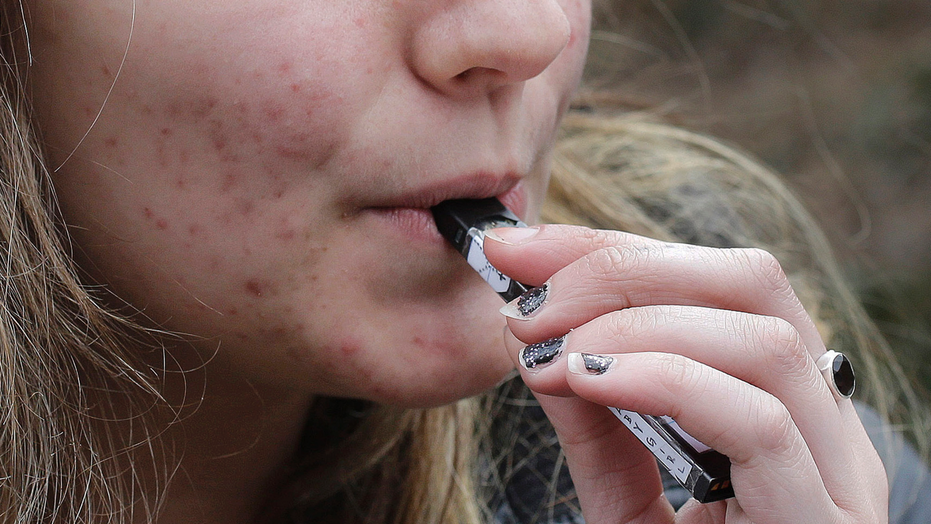 A vape pen has exploded like a rocket, leaving one man with severe burns.

The Food and Drug Administration (FDA) is releasing its first anti-vaping television ads Monday targeting teens as part of its "The Real Cost" Youth E-Cigarette Prevention Campaign. A statement said ads will run on ESPN, TeenNick, CW and MTV, along with music sites and social media.

The ads, titled "Magic," feature street magician Julius Dein turning teens' vapes into cigarettes. Dein's Youtube channel has almost 800,000 subscribers, his Twitter has over 80,000 followers and he's appeared in videos with several celebrities, according to the FDA.

"Did you know that if you vape, you are more likely to start smoking cigarettes?" Dein asks a stunned group of young people after the e-cigarette in one teen's hand disappears and is replaced by a traditional cigarette. "It's not magic, It's statistics."

The ad campaign seeks to take advantage of modern teens' antipathy toward cigarettes, with just 8.1 percent of high school students reporting they smoked cigarettes over the previous 30 days in 2018, as compared to 15.8 percent in 2011, according to the CDC. But that decline in traditional cigarette smoking has come with an uptick in vaping. From 2011 to 2018, the number of high schoolers who reported e-cigarette use in the last 30 days jumped from 1.5 percent to 20.8 percent.

"The troubling epidemic of youth vaping threatens to erase the years of progress we’ve made combatting tobacco use among kids," acting FDA commissioner Ned Sharpless, M.D. said, "and it’s imperative that our work to tackle this immensely concerning trend continue to include efforts to educate our nation’s youth about the dangers of these products."

The FDA will also distribute posters for high school bathrooms in the upcoming school year with anti-vaping messages.

E-cigarettes are handheld electronic devices that vaporize an "e-liquid" fluid typically including nicotine and a flavor component. The FDA is releasing new TV ads designed to discourage teenagers from vaping. (Reuters)

"You might as well flush your lungs while you're at it," one poster says. "Vaping can deliver toxic metal particles like nickel, lead and chromium directly into your lungs."

The FDA's newest push comes after San Francisco became the first major U.S. city to ban the sale of vapes until they undergo required FDA review and as the federal regulators are getting tougher on e-cigarette companies.

In a release earlier this month, Sharpless said the FDA issued almost 4,000 warning letters and over 665 fines to retailers selling products to minors and took action against more than 15 firms that were selling e-liquid flavors targeted at kids between April 2018 and April 2019.

"We cannot allow the next generation of young people to become addicted to nicotine because of e-cigarettes," he said.