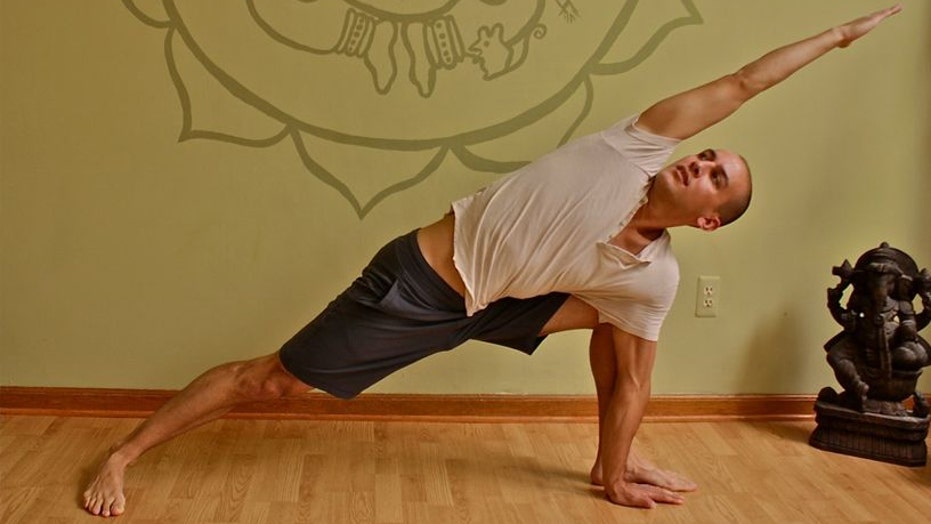 Thirty-year-old Ari Meisel nearly died from complications of Crohn’s disease and was taking 16 pills a day. Learn how he took control of his condition and is now living a healthy life without any medications

Meisel, 30, an entrepreneur/real estate developer who lives in New York City, wasn’t leading the healthiest of lifestyles either. He admitted to smoking a  pack of cigarettes a day and eating fast food on the go.

Crohn’s can affect any part of the GI tract – from the anus to the mouth. Symptoms include, but are not limited to, rectal bleeding, persistent diarrhea, constipation, severe stomach cramps and fever.

After being hospitalized for a bowel obstruction, Meisel had one particularly bad night.

"I didn't think I was going to make it through the night. I was in so much pain."

“I didn’t think I was going to make it through the night,” Meisel told FoxNews.com. “They were talking surgery . . .I had spiked a 105 degree fever. I was in so much pain.”

Morphine helped with the pain, but after that intense night, Meisel decided it was time to make several lifestyle changes. His wife (who at the time was his girlfriend) is a yoga instructor and holistic nutritional counselor. Together, they decided his body needed to “reboot” itself.

Around 2008, Meisel stopped smoking and became a vegan for one month.

“I did it for cleansing purposes. I was basically eating nothing,” Meisel said. “Just veggies, no dairy.”

But slowly, Meisel introduced more dairy into his diet and became a vegetarian for six months.He also started practicing yoga and doing triathalons, as one way of dealing with stress, which Meisel said is a factor for his disease.

At the end of the six months, he reintroduced fish back in his diet, along with supplements like krill oil, garlic, cat’s claw and probiotics, to name a few.

He said he found these changes to be helpful, and because he was feeling much better, Meisel decided to wean himself off of all medicines, which included heavy doses of steroids and mercaptopurine, or 6MP – a drug initially designed to treat leukemia.

Heralded as a ‘miracle drug’ for those Crohn’s patients who can tolerate it, 6MP works quickly and can have protective benefits for years after patients stop taking it.  However, 6MP comes with severe side effects, including pancreatitis, liver damage, nausea and an increased risk of cancer. Steroids are no picnic either; side effects for those include mood swings, acne, weight gain and increased appetite – making the patient feel wired and/or have trouble sleeping.

Meisel went to his doctor – Dr. Bart Kummer, clinical assistant professor of medicine at New York University School of Medicine in the department of gastroenterology – and told him about his plan to stop taking medicine.  Initially, Kummer was not on board with this plan, but the two made a pact to respect each other’s decisions. Meisel had to let Kummer know if he felt poorly, as well as maintain regular visits to Kummer’s office.

Meisel did go off all medications, and although he realizes he fundamentally cannot be ‘cured’ of an incurable disease, he and Kummer can agree he is in remission – for now.

So was it Meisel’s new lifestyle that put the disease in control – or the heavy drugs he took in the first place?

“He got better because of the 6MP,” Kummer told FoxNews.com, “and he took it for a long time. We have an objective measure of him getting better, and he felt good, so he stopped taking it – and he continued to feel good. But, that’s the mechanism of the drug.”

Meisel said he strongly feels his change in lifestyle also made a difference.

“Without a lifestyle change, without changing my diet, and the way I deal with stress, eventually my body would beat the medicine,” Meisel said. “It’s no different than someone with diabetes. Some people, instead of stopping sugar intake, they just take a pill.”

While he said he would never go back on medicine again “long-term,” Meisel knows he may not have a choice.

“It’s really hard to say if he’ll flare again,” Kummer said. “The overall statistic is if you are in remission for more than a year, you have an 80 percent chance of going a long time without another one.”

However, two-thirds of patients do have recurrences, he added.

“The difference between being cured and being in remission is that it will never take over my life again,” Meisel said. “I’ll know how to handle it, and it’ll be a very different situation. I’m ‘cured’ because I’ll never be held hostage by Crohn’s again.”

Kummer said while stress is a huge trigger for Crohn’s disease, it’s not the only factor. He agreed Meisel has found a way to feel more in control of his life, which is something many Crohn’s patients feel they are lacking.  And while it’s important to maintain good nutritional status – it’s important to note that Meisel did all of these things under the guidance of his doctor, Kummer said.

Today, Meisel, who has one son and twins on the way, said he has never felt better. He continues to eat a healthy diet and exercise, and the only pills he takes are supplements.

He’s also become a productivity consultant, teaching people to “optimize, automate and outsource” the things that need to get done in life so they can be more effective and less stressed. His system is called “The Art of Less Doing.”