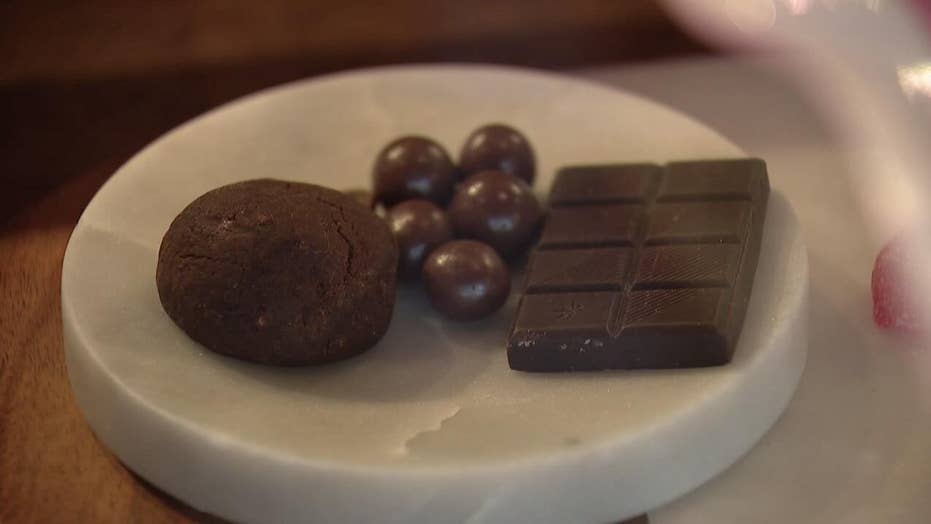 Calls to poison control centers in states where recreational marijuana is legal have skyrocketed. The reason: sweet treats like candies or brownies infused with the drug have been falling into the wrong hands.

BOSTON – Calls to poison control centers about small children getting a hold of marijuana-infused sweets like chocolates, gummies, and brownies have increased sharply in states where recreational use of the drug has been legalized.

At Massachusetts' Regional Poison Control Center, the number of calls about children 5 and younger eating edible doses of THC has tripled since the first weed shops opened in November.

"Three-year-olds, 4-year-olds find them and they don't know they're infused with marijuana,"  said Adina Sheroff, a registered nurse at Boston Children's Hospital who has answered calls at the poison center for 26 years. "They end up getting very ill."

INCIDENTS OF MARIJUANA POISONING MORE THAN TRIPLE IN QUEBEC SINCE LEGALIZATION

Sheroff has been on the other end of these calls countless times, coaching frantic callers through what to do. For kids, such high doses of THC, the psychotropic component in marijuana, usually requires a trip to the emergency room, she said.

At the hospital, the kids' vitals are monitored closely until the high eventually wears off.

"Some of these kids end up being watched in the intensive care unit overnight because we're so worried about them," said Dr. Kavita Babu, the director of toxicology at the University of Massachusetts medical school.

After what could be several hours since eating the weed-infused sweet, the child will start to become lethargic, unwakable, and could develop difficulty breathing, Babu said. The long-term effects of such high concentrations of the drug on small children are unknown, the Boston Globe reported.

In other states where recreational weed is legal, calls to poison centers about young kids getting their hands on edibles have just about increased tenfold. In Michigan, the calls jumped from six in 2017 to 59 so far this year. In Maine, there have been 19 calls so far this year – a 160 percent increase from 2016 when there were just two. California, Colorado, Nevada, and Washington state have also echoed similar trends following legalization.

Manufacturers of the edibles are required by the state marijuana regulators to package the sweets in childproof containers, but Jeremy Unruh, a spokesperson for industry giant Pharmacann, LLC, admits more oversight may be needed.

"I don't think anybody is more out in front of this than the cannabis industry right now," Unruh said. "We agree that rules, regulations, and protocols should be robust enough to discourage or remove the opportunity for minors to unintentionally ingest these products."

A chocolate bar infused with 100mg of THC for sale at a marijuana shop in Boston. (Rob DiRienzo | Fox News)

Both Unruh and Babu said that if there are any marijuana products in the same house as a child, they should be locked up and kept far out of reach of kids. They also said that it's crucial the products stay in their original packaging so the warning labels and childproofing are effective.

But Babu also wants to see the THC concentration in the sweet snacks lowered. Unruh said there are ways around that.

"Trying to limit the potency really doesn't fix the problem because all you do is you make a bigger piece with more in it," said Unruh. "Even if the potency is reduced, that can be gamed."

Following several cases in which grade school kids have shared edibles with their unsuspecting classmates at school or on the bus,. Babu gave a stern warning to her own children.

"We've already had a conversation about the fact that you can't accept candy, brownies, or cookies from anyone other than trusted sources."

She encouraged other parents to tell their kids the same thing.