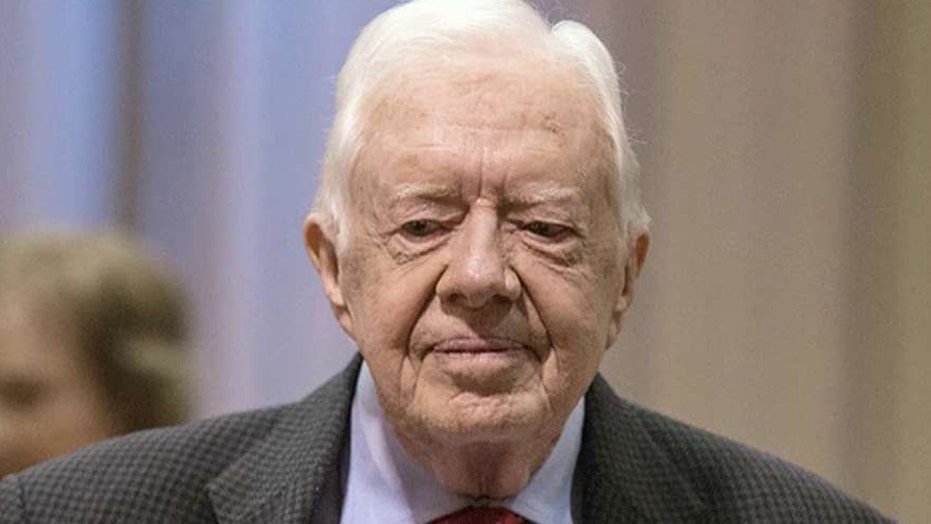 The former President made the announcement to his church congregation

“Went for an MRI this past week and they (doctors) didn’t find any cancer at all in the brain,” Carter, 91, said, according to NBC News.

Carter had been undergoing radiation treatment for melanoma spots on his brain and liver for several months. He disclosed his diagnosis in August.

“He said he got a scan this week and the cancer was gone,” Jill Stuckey, a friend and fellow church member at Georgia’s Maranatha Baptist Church, told the Atlanta Journal-Constitution. “The church, everybody here, just erupted in applause.”

Since the news of his cancer went public, Carter’s prognosis has been largely positive. He said he was feeling “good” last month after announcing that he had completed four rounds of treatment. Shortly thereafter, Emory University’s Winship Cancer Institute said Carter’s cancer hadn’t spread, no new malignancy had developed and Carter was “responding well.”

He said in a statement that he will continue to receive doses of Keytruda, a recently approved auto-immune drug to help his body seek out cancer cells in his body.

Carter, 91, announced in August that he had been diagnosed with melanoma that spread to his brain. Doctors removed a portion of his liver and found four small tumors on his brain.

He received a round of radiation targeted at those tumors and regular doses of Keytruda. Carter has remained active during treatment, continuing his humanitarian work and volunteering with Habitat for Humanity.