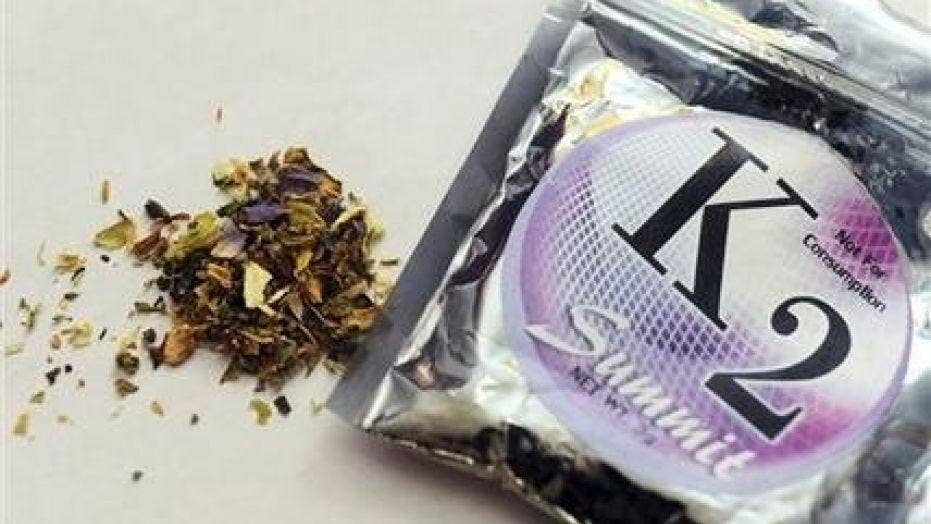 Illinois health authorities are warning against a synthetic marijuana that’s left at least three people dead and over 100 others bleeding from the eyes, ears, gums and nose.

Illinois health authorities are warning against a synthetic marijuana that’s left at least three people dead and over 100 others bleeding from the eyes, ears, gums and nose. While the state has taken measures to alert the public about the potential dangers of using the synthetic drug, commonly referred to as K2, Spice and fake weed, at least 107 cases of severe bleeding have been recorded since March.

“This is the first time we’ve seen anything of this size,” Melaney Arnold, communications manager at the Illinois Department of Public Health (IDPH), told Fox News.

State officials said Monday that several of the patients tested positive for brodifacoum, a lethal anticoagulant often used in rat poison. Human exposure to brodifacoum affects the body’s ability to use vitamin K, which aids in the blood-clotting process.

While illnesses have been linked to fake marijuana before, including a 2017 outbreak in Pennsylvania that caused more than 60 overdoses in a single weekend, this is the first spike involving rat poison contamination, said the CDC's Renee Funk.

"This is an unusual outbreak," Funk said Tuesday, adding that it is unclear how the contamination occurred.

The outbreak has reached other states, with cases also recorded in Indiana, Missouri, Wisconsin and Maryland, bringing the total to 116 nationwide. Arnold said the state is working both with the CDC and nearby states to identify the potential source.

RUN-INS WITH CARFENTANIL: THE OPIOID 5,000 TIMES MORE POTENT THAN HEROIN

“Each day we’ve seen the number of cases rise,” Nirav D. Shah, M.D., director of Illinois Department of Public Health, said in a news release. “Synthetic cannabinoids are unsafe. They are not regulated and people don’t know what chemicals may be in them, like rat poison. While efforts are underway to get the contaminated drugs out of circulation, it’s possible they could re-emerge. We urge people not to use cannabinoids now or ever.”

On the ground, the IDPH has continued to update the public through social media and local health departments.