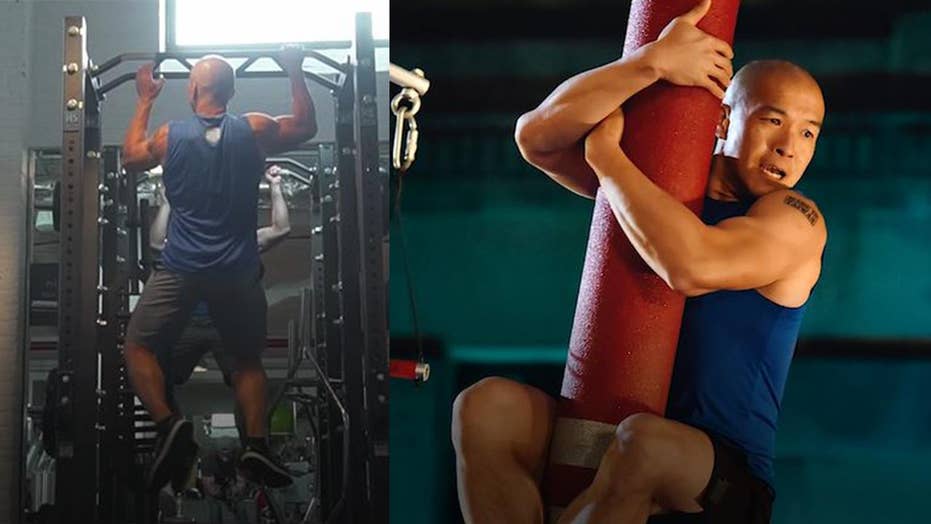 A look at Parkinson's disease and how one man fought depression and the disease and became a marathoner, mud runner, and American Ninja Warrior

A Parkinson’s diagnosis was not part of the plan for 27-year-old Jimmy Choi. He was a scratch golfer, newly married, and a computer software developer. Life as he knew it came to a screeching halt following a routine physical when a nurse noticed some irregular movements from Choi. It prompted him to investigate the irregularity further, until he received his Parkinson’s diagnosis.

“My initial reaction was disbelief,” Choi, now 42, told Fox News. “In fact, there was so much disbelief that I told the diagnosing neurologist at the time to go stuff it.”

According to Dr. Rachel Dolhun, a movement disorder specialist at the Michael J. Fox Foundation, Parkinson’s is a complex disorder.

“At its core there is a loss of brain cells that make dopamine, and that’s why in Parkinson’s you see symptoms of movement like tremors, slowness, stiffness, and walking and balance problems,” Dolhun said.

As his Parkinson’s progressed, Choi became less active and increasingly frustrated. In the eight-year period that followed his diagnosis, Choi lost sight of who he was.

“Ultimately it got to the point where I weighed 250-pounds, I was walking with a cane because I kept falling since I lost balance,” Choi said. “I was preparing myself to live the rest of my life in that state.”

Choi said his rock bottom and wake-up call came when he fell down the stairs while he was carrying his 10-month old son. Thankfully, his son was unharmed, but Choi said that at that moment he knew he had a decision to make: continue living life as a burden and safety hazard to his family or try to make a switch and improve his situation.

Choi chose the latter. He began educating himself on Parkinson’s and what the disease was doing to his body. He became involved in a number of clinical trials, and then noticed that there was always a physical aspect to the trials. That pushed Choi toward physical activity as a form of treatment.

Dolhun told Fox News that exercise is just as important as the medications taken to treat the symptoms of Parkinson’s.

Choi started by simply walking around the block with his cane, which progressed in distance and his ability to walk without a cane. He began jogging and then increased his pace to a run.

“I signed up for my first 5K in April 2012, and from then on I just kept pushing the distances and speed,” he said. “I noticed that the more running I did, the better I felt.”

Running became Choi’s passion until his young daughter, Karina, encouraged him to start obstacle-course racing. He said the experience not only helped him bond with his daughter, but also gave him new insights into coping with Parkinson’s.

“On obstacle races, you’re learning a lot of things that people with Parkinson’s have trouble with on a daily basis, like learning to fall, how to properly get up after you fall,” Choi said. “Everything I do has a purpose when it comes to my daily living with Parkinson’s.”

Karina pushed him to compete on one of the toughest shows on television, “American Ninja Warrior.” When she saw Allison Toepperwein, another athlete who has Parkinson’s compete on the show, Choi said that Karina immediately turned to him and asked what his excuse was.

“I had none, so I applied, and a few months later the producers called me and told me I was on,” he said.

When Choi trains for events like “American Ninja Warrior” he said that he has to approach it differently because Parkinson’s has effected the right-side of his body more. That means, for example, when he’s hanging on the monkey bars he cannot swing his right leg, so he has to compensate with his hips or left leg to generate that swing and momentum. He also notes that over-exaggeration of moves helps build muscle memory both inside and outside of the gym.

Choi told Fox News that the only difference between the version of himself who was heavier and depressed several years ago is his willingness to make a change.

“Anybody can do the things I can do,” he said. “I’m no better than anyone else who’s willing to put in the same amount of training that I do.”

Emily DeCiccio is a video producer and writer for Fox Digital Originals. Follow her on Twitter @EmilyDeCiccio