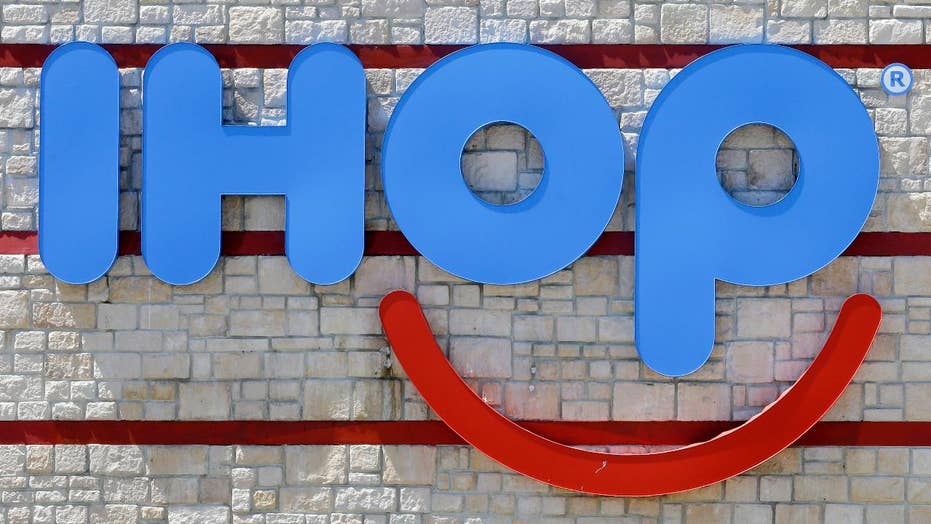 This year was full of restaurant fiascos and slip-ups, from mocked name changes and controversial menu items to very poorly timed promotions.

Here are a few of the greatest – and some of the more cringe-worthy – fails from 2018.

IHOP gets a new name

IHOP changed its name to IHOb for about a month over the summer -- a move that was widely criticized. (Reuters)

Back in June, IHOP pulled a (much-ridiculed) stunt, publically announcing it would be changing its name to IHOb in reference to its new burger menu.

The company best known for its breakfasts already had burgers on the menu, but had started using the IHOb name on social media, on its website, and for in-store promotions to draw attention to a new line of burgers made of Black Angus ground beef.

The change drew massive backlash on social media with some calling the move an “epic failure.”

Seems like the breakfast chain must have agreed with that sentiment — the restaurant announced the move was only temporary, and that it was going back to IHOP one month later.

Jack in the Box launches bowls

Jack in the Box really wanted its fans to try its new bowls — and was not coy about it.

The nearly minute-long advertisement, which was widely criticized for being sexually suggestive, features the brand’s fictional CEO Jack walking into a room and explaining he’s the only one with “the bowls to serve something different.” The spot continues with more bowl-based innuendo.

While the tongue-in-cheek commercial seemed par for the course for the brand, many viewers felt it was tone-deaf in today’s #MeToo environment, and took to Twitter to slam the campaign.

Jack in the Box, meanwhile, seemed unbothered by the backlash and continued the air the ad.

Randy's Hardcore Hamburger's restaurant in Sheffield city center where the Weinstein burger which has now been scribbled out off the menu was served earlier this week. (SWNS)

Randy’s Hardcore Hamburgers in the U.K. was accused of “belittling sexual offenses” after introducing the "Weinstein Burger" on its menu.

The restaurant billed itself as the home of “x-rated burgers, cheeky cocktails, exciting bar games and behavior that would disappoint your mother" — but many on social media called out the hamburger joint, saying "there is nothing cheeky about sexual abuse."

Restaurant owner Charlie Hewitt, 45, claimed credit for the controversial burger name, but doubled-down when asked if it would be taken off the menu, even though the item was, eventually, removed.

"The intention is not offend anybody. We don't take ourselves too seriously," he argued.

"You do have to question what has happened to people's humor? There is a mob mentality at the moment."

A fish and chips shop in Australia is under fire for its name. (Battered Wife/Facebook)

An Australian fish and chips shop called The Battered Wife became the subject of a heated debate, with some calling for a boycott of the popular spot because of its name.

The Red Heart Campaign, an organization that raises awareness about domestic violence against women and children in the country, called out the business on Facebook.

“There is nothing funny about domestic violence or violence against women. Please boycott this business — it does not deserve your money,” the organization wrote.

Hundreds of people were quick to comment, many of whom agreed with The Red Heart Campaign, calling the business name “disgusting” and “inappropriate.”

Battered Wife owner and former police officer Carolyn Kerr addressed the issue on Facebook, writing that “domestic violence is not a joke,” and that the controversial name was chosen to raise awareness about the issue.

A suggestive wine label has caught the internet's attention. (Jost)

A wine called 4 Skins gained a lot of attention on social media with many arguing over whether the “rude” label was intentional or an unfortunate mistake.

A picture of the bottle was uploaded to the Twitter account "You Had One Job," along with a caption reading, “Are you sure you want to call it that?”

“That’s what we call a ‘miss’,” one person, who assumed it was a mistake, had written of the brand name.

“Based on that logo this can’t be anything other than intentional," another wrote.

However, the website of the Canadian winery, Jost, revealed that it was in on the joke.

“Jost 4 Skins is more than just a cheeky name,” the website reads. “This is a deeply satisfying wine with a long, pleasurable finish.”

British MP, Dawn Butler, took to Twitter to accuse Oliver of using the term "jerk" to boost his sales. (Reuters)

The whole-grain rice product contains chili, eggplant and beans but it was the “jerk” description that had people fired up.

People were quick to point out that this dish doesn’t really fit the description of a "jerk"-foodstuff, and almost none of the main jerk spice ingredients were even listed on the product, such as allspice and Scotch bonnet peppers.

People called out the celebrity chef for using the word “jerk” to make the product more appealing, without honoring the culture or ingredients.

“There is no such thing as ‘jerk rice,’" one person wrote. "Jamie Oliver put it on his product/recipe to make money. That is appropriation of culture.”

The company behind Novichok Edition vodka said it never meant to offend, but rather "lighten the mood." (Bristol Dry Gin/Instagram)

A gin distillery based in Bristol, England, was forced to apologize after naming its new vodka offering after the toxic nerve agent Novichok, which is thought to be responsible for leaving one woman dead and another man in critical condition in Wiltshire county.

Bristol Dry Gin, which produces the Novichok Edition vodka, has stated that it never meant to offend with the name of its 75-proof vodka, but rather to “lighten the mood.”

“[Novichok Edition] was intended to lighten the mood, not to cause offense, and reaction has been overwhelming[ly] positive. We sincereapologizeise if any offense was caused, especially to the families of Dawn Sturgess and Charlie Rowley, and understand that the timing of the release of this product may have lacked sensitivity,” the company wrote.

Domino’s Pizza in Russia was forced to end a promotion offering fans free pizza for life if they got the brand’s logo tattooed “in a prominent place” on their body after the campaign became too popular.

The promotion was originally advertised to run for two months, starting Aug. 31, but the pizza chain ended it only five days in after their social media was flooded with excited pizza fanatics all proudly displaying their Domino’s tattoos.

The advertisement promised up to 100 free Domino’s pizzas every year for 100 years to anyone who got a tattoo of the company’s logo, posted the photo to social media and proved the authenticity of the ink.

The company clearly was not expecting so many fans to go under the needle for free pizza and ended the promotion, announcing only the first 350 people with tattoos will be awarded the special lifetime deal.