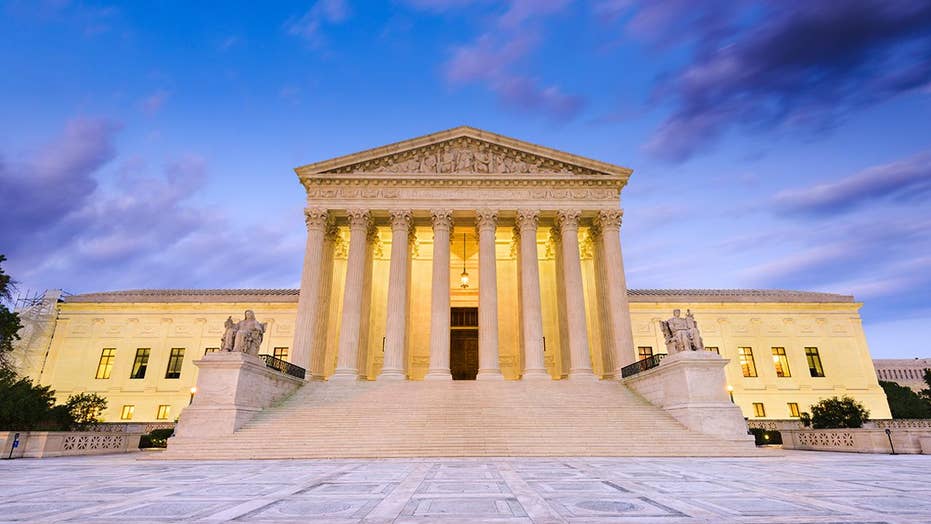 Maryland high schooler Caleigh Wood's case made it to the 4th Circuit Court of Appeals, which ruled that an assignment to write the Islamic Conversion Prayer did not violate the establishment clause of the first amendment. But the U.S. Supreme Court refused to hear the case. Should the Supreme Court have reviewed the case, and was the assignment a direct denial of her christian faith? Here to discuss are Richard Thompson and Dr. Zuhdi Jasser.

One of the religious liberty cases the Supreme Court Justices won't be hearing this term is the issue of Maryland High School student Caleigh Wood, who refused to take part in a school assignment to write the Islamic conversion prayer that states “… there is no god but Allah,” because she believed it directly contradicted her Christian faith.

The High Court denied a petition filed on behalf of the 11th grader, angering one conservative commentator who saw it as caving in to the indoctrination in schools and on college campuses.

WHAT DOES SUCCESS OF 'JOKER' MOVIE WITH DEMONIC ANTI-HERO SAY ABOUT US?

“This is not just a violation of the First Amendment but an ongoing, albeit subtle, diffusion of Islam in our Western society," the Rev. Mario Alex Protello wrote.

Richard Thompson, president and chief counsel of Thomas More Law Center, which filed the petition on Wood’s behalf said, “The schools are promoting Islam over Christianity or any other religion, and you have a double standard, which we think is a violation of the establishment clause.”  Thompson also said in the firm’s press release, “Under the pretext of teaching history or social studies, public schools across America are promoting the religion of Islam in ways that would never be tolerated for Christianity or any other religion.”

Thompson said that on top of getting an F in the class, Wood was also made to watch a pro-Islam “PowerPoint presentation that denigrated her religion and basically said that Christians are not as faithful as Muslims. So we strongly believed that this was a violation.”

The Fourth Circuit Court of Appeals ruled in February that the assignment to write the Islamic conversion prayer ... did not violate the Establishment Clause of the First Amendment.

Charles County Public Schools released a statement after the Supreme Court's denial saying, “The decision reaffirms a favorable U.S. Court of Appeals for the Fourth Circuit ruling earlier this year that the school did not “impermissibly endorse any religion and did not compel Wood to profess any belief.”

One Muslim scholar strongly disagrees. Zuhdi Jasser, president of the American Islamic Forum for Democracy, said: “They made this the student recite the Islamic call to call of witness a prayer, which makes her a Muslim. That's absurd.”

Jasser said the High Court should have taken the case. He said it would have been an opportunity to challenge the ideologies of a brand of Islam that has produced ISIS and other terror groups.

“The theocratic interpretations of Islam are really what we need to defeat, which is the establishment of the Islamic leadership," Jasser added, "and the Establishment Clause in America is really the … nuclear way to defeat political Islam.”