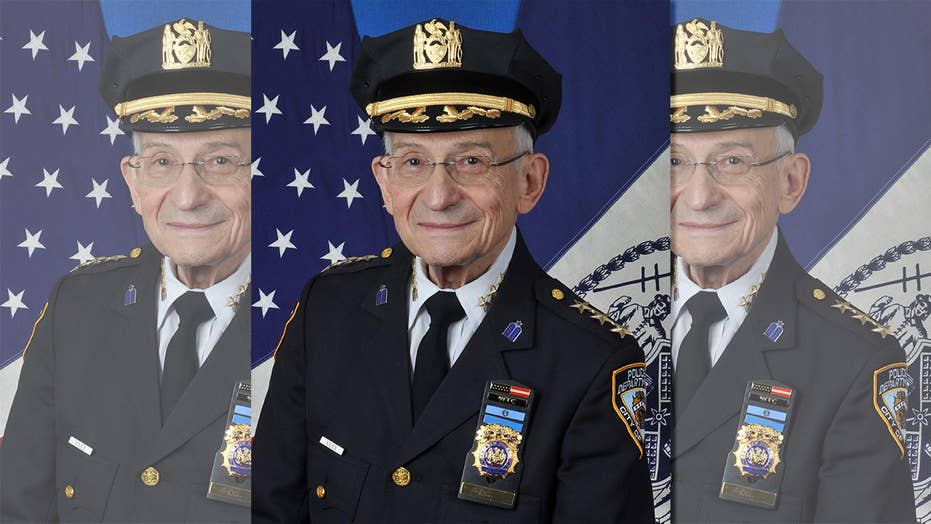 Becoming a chaplain of the New York City Police Department in 1966, 83-year-old Alvin Kass has no intention of retiring anytime soon. Find out how he used a pastrami sandwich to end a hostage situation and what influenced his unforgettable sermon after 9/11 at Yankee Stadium. As NYPD’s longest-serving officer, Rabbi Kass has been through decades worth of highs and lows with New York City.

With his slender stature, large smile and calm demeanor, 83-year-old Rabbi Alvin Kass is not what comes to mind when you say a member of the NYPD, but he is just that. Over his 53-year tenure, the now three-star Chief Chaplain never expected to be on a police force.

“It's the most unlikely of events that could have happened,” Rabbi Kass told Fox News. “I never knew a policeman. I was never in a police station. I had no ambitions to be a police chaplain. I did start my career off as an Air Force chaplain.”

‘TEAM PATRIOT’ BANDS TOGETHER WOUNDED VETS TO SERVE OTHERS THROUGH DISASTER RELIEF: ‘IT’S A NEW LIFE FOR ME’

Originally from Patterson, N.J., Kass says he has always been New York-oriented except for his tour-of-duty in the U.S. Air Force, which took him to Lackland and then Chanute Air Force bases. A graduate of Columbia University, New York University and the Jewish Theological Seminary, Kass and his wife, Miriam, made New York their home. He took on a small congregation in Astoria, Queens but it wasn’t long before he got the call in 1966 to take the job as the NYPD’s only rabbi. The offer came as a shock to then 30-year-old Kass.

“I figured that this was probably a hopeless enterprise because there must be so many rabbis that are politically connected that you could get a job like this," he said. "But I thought it might be interesting.”

Kass went to the station armed with his gym bag thinking the interview wouldn't take long. He had scheduled a handball game directly after at his local YMCA. But on his way out he was stopped by then-Chief of Detectives Al Seedman, and after a brief conversation about the gym bag, Kass was off to his game.

“All I know is that three hours later I got a call from the NYPD asking me to take the job,” Kass remembered.

It wasn’t until decades later from a New York Times article that Kass found out just why Chief of Detectives Seedman chose him.

“He really wasn't sure who the right one was," he said. "But he saw me about to play a game of handball and he figured a rabbi who plays handball. That's the kind of guy that ought to be the chaplain for the New York City Police Department. So that’s the reason I got the job because I play handball.”

Recalling the last 53 years, Kass says they went by like a snap of a finger but they have been filled with trials, triumphs, and challenges. From installations of new officers to funerals -- and even a hostage situation -- Kass had been through it all with his brothers in blue.

CHICK-FIL-A EMPLOYEE HAILED A HERO FOR SAVING A MAN'S LIFE: 'GOD PLACED ME' THERE

Since being kosher, Kass couldn’t eat his sandwich and offered it to the hostage-taker in exchange for the second gun. Crediting luck more than anything else, Kass ultimately saved the hostage.

Kass says one of his greatest influences was the work of philosopher Martin Buber, who believed God could be found every day in human interactions. Kass attests to this belief, saying the quality of relationships between people is where you can see God.

“Martin Buber once said that God is not in synagogues," the rabbi shared. "He's not in churches he's not in mosques. God is in relationships and it's in the interaction of human beings and the quality of those interactions that you really find God.”

Kass says this value could be found in the days and months following September 11. The horrific terror attack that briefly silenced the hustle and bustle of the city that never sleeps brought out the very best of people across the country.

“To me, 9/11 was absolutely transformative," he said. "And it was an event which was absolutely horrible in its impact upon the city. And yet at the same time, so magnificent as an opportunity in which people were able to show love and compassion and sensitivity and appreciation for each other.”

Seeing God in those relationships around him helped Kass write his famous Yankee Stadium invocation, a sermon for 9/11 workers and volunteers. The sermon came on Yom Kipper and gave those in attendance the strength during the country's weakest moment and a light in the darkest of days. But Kass humbly believes that day, like any other, he was doing his job, which he says is the greatest in the world.

“I love what I do," he said. "That's why I've been doing it for as long as I do. I love police officers. I've learned to see in them the most dedicated and most committed and the most beautiful human beings that I think I have ever met and I came to appreciate the sanctity of the profession.”

Serving those who serve in New York City can sometimes be a challenge, but Kass says New York would be nothing without New York’s finest. Kass notes the sanctity of the police profession can be found as far back as the Bible and Torah. The book of Deuteronomy marks the importance of officers of the law and their duty to uphold the law.

“We need people who will take care of us and undergo the risks that are involved in protecting humanity. So keeping people safe and secure is dangerous. It's difficult. It's filled with stress and to serve such people is a great privilege.”

Kass’ privilege extends to all officers of the law no matter their religion. To Kass, the purpose of religion is simple: It helps answer the questions and needs all humans have. Where did we come from? Is there someone watching over us? What happens when we die? Kass says if you allow it, religion can give more than just answers -- it can give courage, hope, and love. That kind of understanding, Kass says, is universal. With those universal values, Kass wrote his invocations for the NYPD: The main ideals of a spiritual foundation help provide a source of inspiration to all.

“I’ve never felt that religious difference was a barrier. I talked to cops all the time. And to me, a human being is a human being. We're all born. We all grow up. We all get sick and we're all going to die and we're all in the same boat,” he says. “And with that kind of orientation, you don't really think very much about religious difference as a wall.”

By breaking through religious barriers, Kass has been able to find a common thread within all faiths: being humble.

“I think the wisest words that were ever written in the Bible were 'walk humbly with God.' And the word humbly is where the emphasis ought to be.”

He says that understanding is the only way we can love and appreciate one another.

“To claim a monopoly on God is, to me, the greatest heresy of all," Kass said. "So we all ought to walk humbly and to revere each other and to try to learn from each other.”