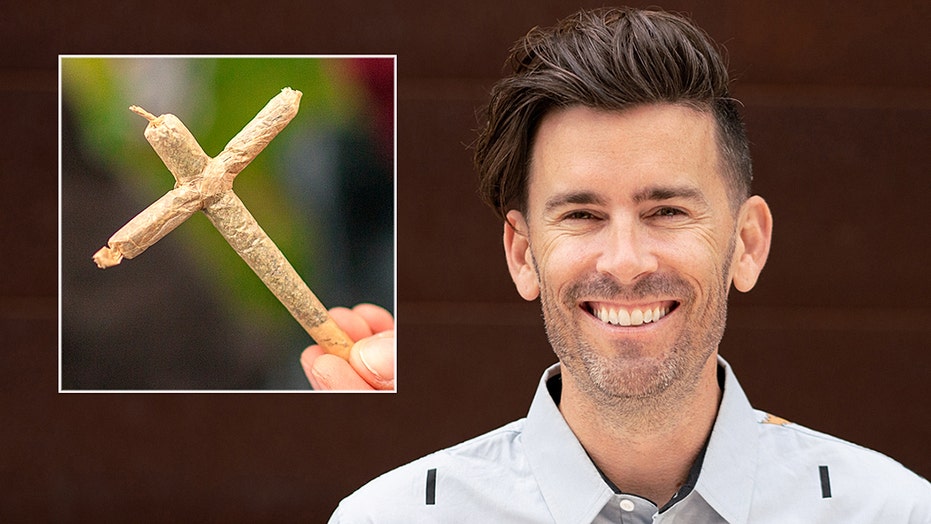 Craig Gross, the pastor of XXXchurch, an online ministry that helps people overcome addiction to pornography, is shifting his focus to another controversial topic some in the church aren't comfortable talking about: weed.

And this time, instead of being against something, he's for it.

The 43-year-old preacher admits, given the name the "devil's lettuce," combining cannabis and Christianity will raise eyebrows. But he said he wants to start a conversation.

It's one he decided to launch in the sky on 4/20 at Coachella with his website: ChristianCannabis.com.

“And it’s a larger conversation than just recreational or medicinal, legal or illegal, THC or CBD. But a conversation about the emotional, physical, and—dare I say—spiritual effects that I’ve had with this controversial plant,” Gross said in his video announcing the new initiative.

Craig Gross, the founder of XXXchurch, now has a new focus: "Christian Cannabis," something he launched on 4/20 at Coachella. (David Tosti)

"I live in California, where recreational – not just medical – marijuana is now fully legal," Gross told Fox News. "And yet – whether here, or in other recreational states like Washington, Colorado, Oregon and Nevada – I’ve not heard of or spoken to a single church leader who has broached the topic with his or her congregation."

While some churches may be addressing it, he said the "wider church body" isn't, and for someone raised in a conservatively religious home who has spent the majority of his adult life in pastoral ministry, marijuana or any "mind-altering" substance was never something he wanted to even come close to.

For Gross, it's been a personal, complicated road.

"I’ve smoked maybe 10 cigarettes in my life, been drunk once, and never gone anywhere near 'the devil’s lettuce' – thanks, in large part, to that very connotation, and the taboo that has long surrounded this controversial plant," Gross admits. "Christian consensus, it seems, has been to demonize cannabis outright, as though the flower were inherently sinful, in and of itself."

But he believes "Christians have more freedom in this arena than we’ve traditionally allowed for," especially after his own experience.

Craig Gross, 43, with his wife and two kids. (David Tosti)

After experiencing excruciating headaches, Gross spent years in and out of hospitals, traveling from state to state, left with maxed-out insurance claims and massive medical bills, and it was with zero answers from doctors and specialists. Then, he stumbled upon a "Weed" documentary that opened his mind to the possibility.

"I was desperate," Gross explained, and although he received "life-giving cannabis-assisted help," something else weighed even heavier on him: religious condemnation.

"Existential guilt weighed heavy on my conscience thanks to 40 years’ worth of being told that this avenue was off limits for Christians like me, and I didn’t tell anyone about it until – one day – a more powerful conviction overwhelmed my silence: I needed to tell the truth," Gross said.

Last year, he discovered a brand of cannabis-infused mints with a small dose of THC, which he said was the perfect amount and helped him meet the Lord in ways more powerful than he had ever known.

"My head stopped spinning and I heard His voice," he said. "I got clarity. I got direction. I got out of my head, and I let God into my heart in a lasting, visceral way."

Gross said he got too busy with life and work, but he specifically felt the Lord tell him to share with his family and others about how cannabis has helped him.

Jesus doesn't directly address smoking weed, but Gross said someone on his site gave a great answer to the thought.