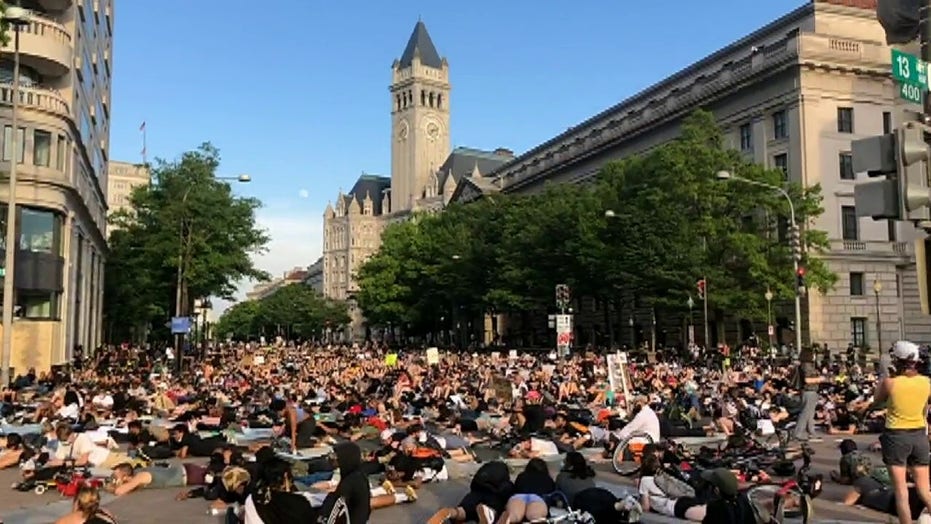 George Floyd’s pastor, Patrick “P.T.” Ngwolo, wants the world to honor Floyd’s memory by creating a space for real, honest conversation in order to move away from the “institutional bondage of racism” toward a better America.

“There’s a story I’ve been preaching to the congregation and to the world that represents the effects of Floyd’s death,” Ngwolo told Fox News. “The story about Cain and Abel.”

Ngwolo explained this story, in short, as the story of two brothers, Cain and Abel. Cain murders Abel “and everyone thinks that’s the end of Abel, not only did he die, but he died silently. But God says I hear the blood of your brother, signifying that even beyond the grave God hears, and God knows, and God understands.”

“I look at Floyd’s death in the same,” Ngwolo said. “I think the rumblings that we hear, his death serves as a turning point in our country. We’re either gonna master the sin of racism, hopefully, or the sin of racism will master us.”

CLICK FOR THE LATEST ON THE GEORGE FLOYD UREST

Protesters kneel in front of the White House.

Ngwolo met Floyd 10 years ago when starting a church of “Urban Ministry” called Resurrection Houston in the Third Ward area of Texas. He described Floyd as someone who was loved and respected by his community, someone who went out of his way to mentor young men.

“He was a light to so many young cats who didn’t have fathers, you know he would say, 'Guys don’t go the way I did. There’s a different, better way. Guns and violence aren’t gonna solve the issues.'" Ngwolo said.

Protesters gather in front of the Capitol Building in D.C.

Floyd kept in contact with his mentees even after moving to Minnesota through texts and encouraging messages.

“This struck me, one of my members told me George told him, 'Man keep your head up, you’re doing good work. I’m coming home soon I’ll see you in June,'” Ngwolo said. “As you know, George passed four days before June.”

According to Ngwolo, Floyd moved from Houston to Minnesota because he was offered a “church work program” where he could develop spiritually and get his truck driver’s license in an effort to support his family.

“That’s what’s so painful,” Ngwolo said. “He was already doing good work and was trying to take it to the next level before potentially coming back here to continue this work, and to see him cut down it is just crazy.”

Ngwolo appreciates the spirit of active nonviolence embodied in protests throughout the country as a way to honor Floyd’s memory and carry on his legacy. But he also recognizes the confusion, anger and despair felt by the nation, he said.

“Before we can mobilize we must lament,” Ngwolo said. “I know there are some negative elements to the protests. The looting and such, but I will say that some of it is collateral damage from the built-up anger and frustration that many folks feel.”

Demonstrators throughout the country continue marching with their communities in response to Floyd’s death. Thousands of protesters throughout the Washington, D.C., area moved throughout the city chanting phrases like “Justice for who? George Floyd" and “Don’t shoot! Hands Up!” while throwing their hands in the air.

One protester, who asked not to be named, said she protests because this is her “opportunity to stand up and use my body as a physical way of showing support in addition to donations I’ve been making.”

She hopes that long-term results of these protests will be “a restructuring in the way we understand our police system, and getting rid of union protections for police that make it impossible to prosecute anything especially the violence coming from police departments.”

Ngwolo echoes these sentiments. He said he wants to see the country take “neighborhoods and make them brotherhoods.”