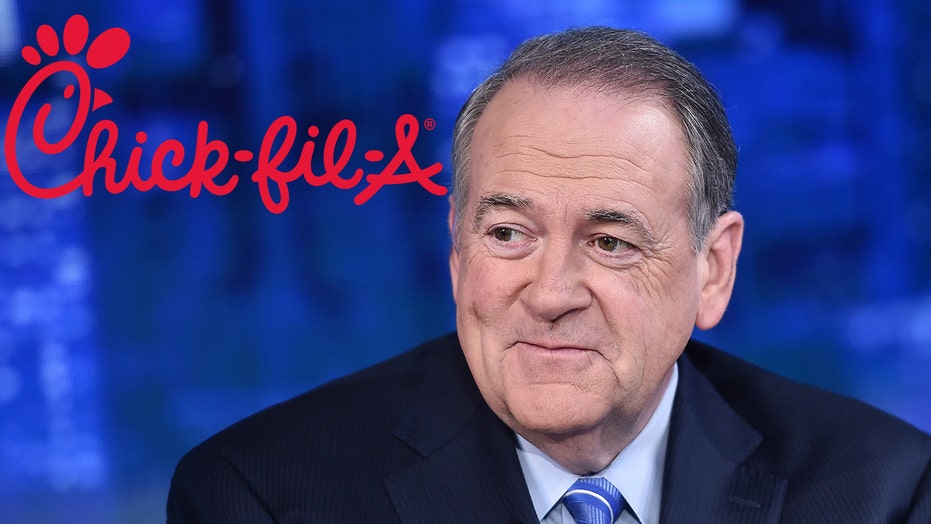 The 'hate' against Chick-fil-A: Growing liberal backlash against its conservative Christian values

Despite being closed on Sunday, Chick-fil-A is still the third largest fast food chain in the country. But there's growing liberal backlash against its conservative Christian values, and its philanthropic support. Shouldn't a business be able to donate to the cause of their choice? Christopher Hale and Shane Idleman are here to debate this growing religious freedom conflict.

Mike Huckabee has long championed Chick-fil-A in the face of attacks from the left but after the company's announcement Monday to stop donating to two Christian organizations, he has changed his tune.

The company announced it was donating to initiatives that further its “mission of nourishing the potential in every child.” It said that in 2020 it would stop donating to two Christian organizations, the Fellowship of Christian Athletes and The Salvation Army, that have been accused by gay rights activists of having anti-LGBTQ views.

"In Aug. 2012, I coordinated a national Chick-fil-A Appreciation Day after they were being bullied by militant hate groups," the former Arkansas governor tweeted Monday. "Today, Chick-fil-A betrayed local customers for $$. I regret believing they would stay true to convictions of founder Truett Cathy. Sad."

The prominent conservative Christian leader added that the popular chicken chain's move was seen as "surrendering to critics and betraying loyal customers to appease those who despise them."

Huckabee wasn't alone, though, as many expressed their disappointment and anger online, questioning if the company will stay true to the faith and family values.

Billy Hallowell, the author of "Pure Flix," a Christian production company, said "the fact that the mainstream media has reduced the Salvation Army -- one of the most important humanitarian groups around -- to an 'anti-LGBTQ organization,' tells us everything we need to know about our current culture."

He added that the decision was a bad one because it made no one happy.

The national gay rights group, GLAAD, said the company's statement should be greeted with "cautious optimism" but more work needs to be done.

"Chick-fil-A still lacks policies to ensure safe workplaces for LGBTQ employees and should unequivocally speak out against the anti-LGBTQ reputation that their brand represents," Drew Anderson, GLAAD's director of campaigns and rapid response, told CNN.

"Christians fought for the company against wave after wave of criticism. The Salvation Army helps everyone. I never thought it was political," Payne said. "Then again, I never thought a chicken sandwich could be political."

Chick-fil-A has received a barrage of negative comments on its latest social media posts, with many saying they are no longer going to go out of their way to go there.