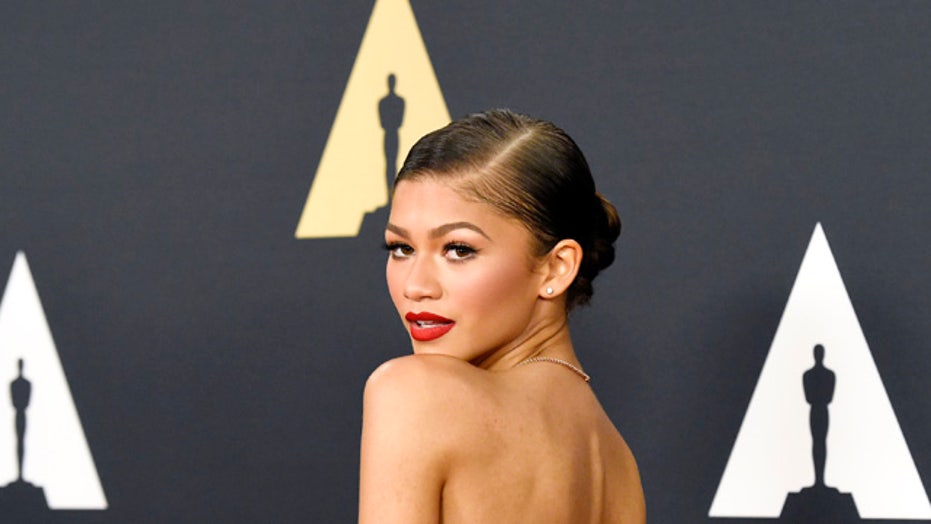 While the 2020 Emmy awards may be virtual this year because of the coronavirus pandemic, some of tonight's talented TV stars are still donning their best regardless of not walking a red carpet.

Zendaya, who just won her first Emmy award for outstanding lead actress in a drama series for "Euphoria," revealed her second of the night while accepting the statue.

The 24-year-old's stylist, Law Roach, showed off her first dramatic look on social media. She strutted in a Christopher John Rogers dress and styled the plunging look with a sleek low bun, Bulgari jewels, and Louboutin heels.

The cast of "Schitt's Creek" also glammed it up for an event they're all attending in Toronto, Canada.

"Tonight, some Schitt’s Creek cast and nominated team members have been able to gather for an #Emmys event in Toronto, adhering to Ontario’s COVID-19 guidelines. All in attendance have been in isolation since returning negative COVID-19 tests. Good luck, team!" the show's Twitter handle explained.

2020 EMMYS: EVERYTHING YOU NEED TO KNOW BEFORE THE AWARD SHOW

"Insecure" star Yvonne Orji, who is nominated for outstanding supporting actress in a comedy series posting herself styled in an Azzi & Osta gown and David Yurman jewelry.

Jimmy Kimmel is hosting the event from the Staples Center in Los Angeles.