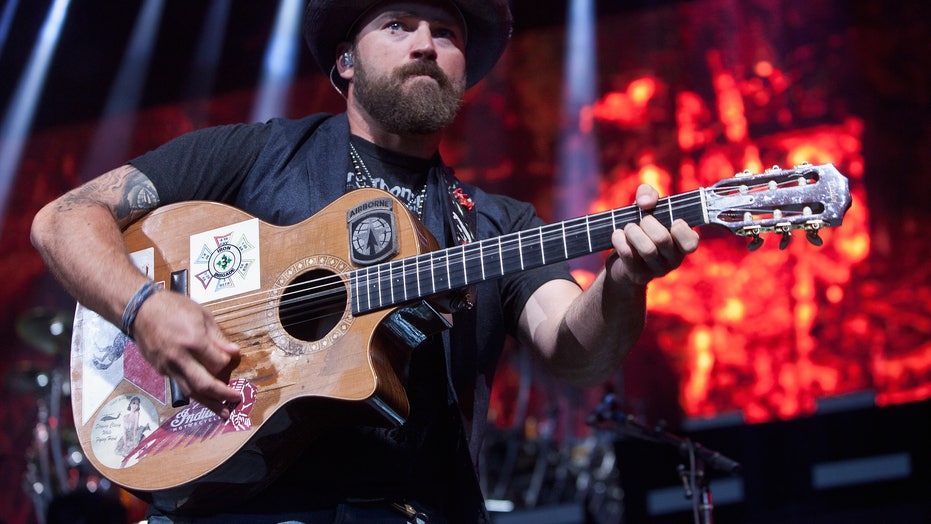 Zac Brown has shared a passionate message with his fans.

The country singer posted a video on Instagram on Wednesday announcing that he has had to lay off most of his touring crew due to the relentless spread of the coronavirus limiting his ability to tour.

"It was a hard day today. For the last 15 years, my crew and who I carry with me out on the road to play my shows and do what we do, I've had to let go of about 90 percent of my family, the people that I traveled with and grew my business with, the people I high-five on the way out to the stage, the people that have done all their jobs and done them well," Brown said while choking up.

"I hate having to make this call, but I can't generate out there and I can't tour because of the coronavirus and everyone's safety and I'm fine with that," he continued.

Brown then said that he'd like to share a message specifically to those who aren't taking the coronavirus outbreak seriously. The singer called out those who are "out partying" and "sitting out on beaches," accusing them of not caring whether they bring the novel virus home to their grandparents, potentially killing them.

Passionately, he continued: "The sickness has just begun here, it's just started to rear its head. So you need to wake up, you need to stay indoors and to try to socially distance yourself and stay inside because America can heal from this..."

Brown said that Americans have the ability to "come together," "celebrate with music" and "celebrate on video chat."

He then turned his comments to the American government.

QUEEN ELIZABETH ISSUES STATEMENT ON CORONAVIRUS OUTBREAK: 'MY FAMILY AND I STAND READY TO PLAY OUR PART'

Brown noted that Americans are less protected than many other countries in the world "because no one can tell us what to do. We have to decide for ourselves as Americans and we have to look out for the future of all of our jobs and for the economy and for each other."

He concluded: "So, I love to spread music and spread love and song and share music with the world. I'm going to do my best to do that from closed doors, but if we're gonna heal from this and we're gonna get back to doing what we were doing before this hit, then everyone's gotta take this seriously."

The Zac Brown Band is one of many artists who have had to postpone or cancel their tours in the wake of the COVID-19 spread, specifically following concert promoter Live Nation's decision to postpone all domestic and international stadium tours until further notice.

Pentatonix, The Who, Dan + Shay and many more artists have elected to put off their tours due to safety concerns.

Similarly, music-related events have made changes in the wake of the outbreak.

Coachella and Stagecoach, popular music festivals, have both been delayed until the fall while South by Southwest (SXSW) canceled entirely.

Broadway, Carnegie Hall, The Apollo and many other performance locations have temporarily delayed public programming, as well.