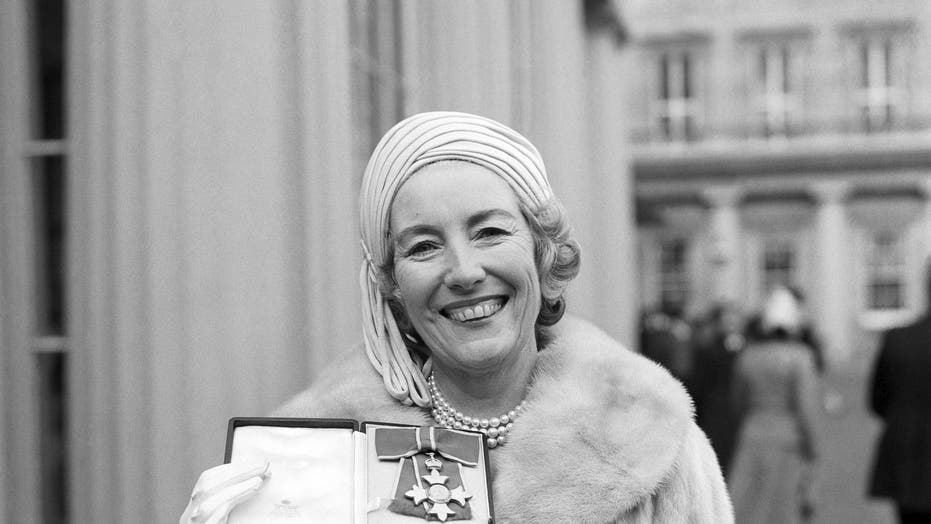 “The family are deeply saddened to announce the passing of one of Britain’s best-loved entertainers at the age of 103," the singer's family said in a statement. "Dame Vera Lynn, who lived in Ditchling, East Sussex, passed away earlier today, 18 June 2020, surrounded by her close family.”

Lynn was most known for her songs "The White Cliffs of Dover" and "We'll Meet Again," the latter serving as the melody in the ending montage of Stanley Kubrick's famed movie, "Dr. Strangelove."

Singer Vera Lynn poses outside Buckingham Palace after being invested a Dame Commander of the British Empire on Dec. 2, 1975. The family of World War II forces sweetheart Vera Lynn says she has died. Her passing was reported on Thursday, June 18, 2020. She was 103. (PA via AP, File)

She was described as the "forces sweetheart" as her songs reached millions while echoing messages of optimism to both troops and civilians back at home during the war.

Lynn spent her years during the war entertaining the troops, performing in hospitals and army camps, even traveling as far as India and Burma.