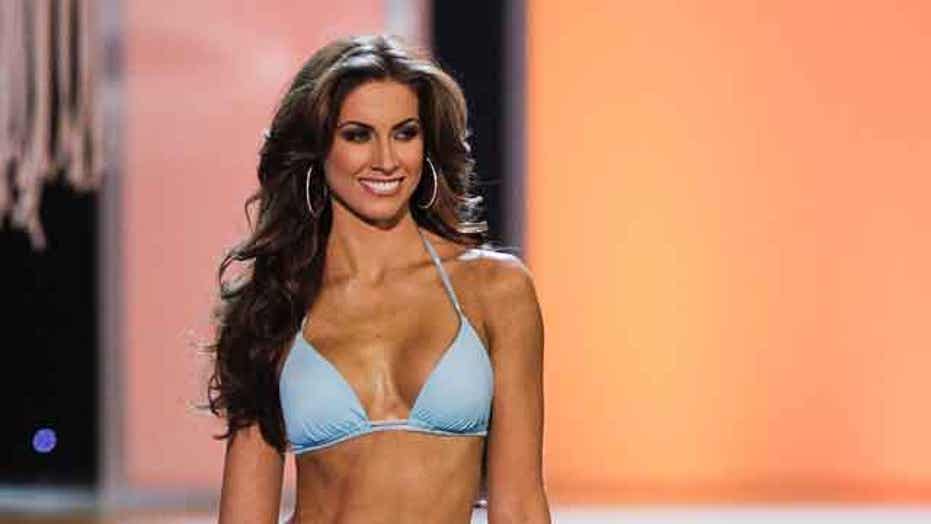 So will the 23-year-old girlfriend of University of Alabama quarterback AJ McCarron be able to parlay her fifteen minutes of fame into a big-time career?

“I think Katherine Webb has a chance to become pretty famous," said Patrick Carone, executive editor at Maxim Magazine. "The trick is doing everything the right way.”

“Katherine Webb has a huge following.  It’s up to like a quarter million followers on Twitter.  So there are ways that she could parlay that," said beauty queen Kaitlin Monte, who was Miss New York 2011. "You could look at someone like Kate Upton who just from a video of her at a sports game became very big.  But she has to feed the public in a way.  Her modeling career could easily take her there."

Carone noted that Webb has a powerful advisor behind her.

“The big advantage that she has is being part of the Miss USA world, is a fellow by the name Donald Trump," he said. "So when you have Donald Trump in the mix, anything is possible.”

Anything may be possible for the Alabama stunner, yet that does not mean she should take any and all opportunities.

“I think it would be a big mistake for her to you know suddenly agree to be naked in Playboy but at the same time, you know, if she wanted to do a very tasteful spread in Maxim, I’m sure no one would have any arguments about that," Carone said, hinting that Webb may soon be gracing the pages of the men’s magazine. “Let’s just say that everyone should keep their eyes open for future issues of Maxim. Nothing is at all set.”

The former Miss New York believed Webb has a great future ahead of her as long as she doesn't rely just on her appearance.

“She has to build herself a bit as a brand. I think she has to deliver some content.  She can’t just be the girl that gets shown cute in the stands," said Monte. "She has to be a little more than that."