The lovely and talented Kate Upton

The curvy model is everywhere these days.

LOS ANGELES – Everyone knows she's sexy, but who could have guessed she was funny and ruthless to boot?

FOX411's Celebrity of the Year 2012 Kate Upton took to Twitter during Monday night's BCS title game, in which Notre Dame was shellacked by Alabama 42-14, to take a swing at her ex-boyfriend, New York Jets quarterback Mark Sanchez.

As it became apparent that the Fighting Irish were no match for the Crimson Tide, Upton wrote:

"Its okay Notre Dame this happened to the Jets every week."

The New York Jets went 6-10 in their 2012-13 season, and Sanchez had his worst season ever, highlighted by a play known now as the "buttfumble" in which he ran head first into the backside of an offensive lineman and fumbled the football, which was run back for a touchdown.

Upton, meanwhile, saw her star rise to unimagined heights, capped by being named, yes, FOX411's Celebrity of the Year.

Let us begin Upton's tale waaay back in January 2012, when she was just another bikini model who had something of a viral video hit with her unselfconscious interpretation of doing the “Dougie” while in the audience with friends at a Los Angeles Clippers game.

With her infectious laugh and sexy, fun-loving attitude, the minute-long video raked up almost 10 million hits on YouTube and was declared a “cinema verité classic gone viral” by Vogue magazine.

“I’ve been modeling for almost five years now, and so being shy kind of went out the door a while ago,” Upton told FOX411 in an exclusive interview then. “I’m very confident in my body.”

Naturally, the world demanded to see more of the Michigan native’s dance skills, which she happily obliged by busting out a few moves while shooting the 2012 Sports Illustrated Swimsuit Issue in Australia. The GIF immediately went viral, and rumors swirled that Upton would land the coveted cover.

“Nothing’s for sure, and Sports Illustrated is very secretive, but I had a really great shoot,” Upton told us in January. “Obviously, that would be a dream of mine. So, if I got the cover, it would be amazing.”

By the end of the month, Upton had joined the likes of Kim Kardashian, Padma Lakshmi and Paris Hilton by lustily taking a bite into a juicy Southwest Patty Melt atop a vintage black convertible in an ad for Carl’s Jr./Hardee’s.

“I’m a ‘50s girl with a little cardigan on, a really sweet kind of a girl,” Upton explained to us during a break filming the ad. “But then I take a bite and all of a sudden, I’m sweating, and I’m taking off all of my clothes and I’m in my lingerie!”

But along with Upton’s newfound fame came her critics.

“We would never use her,” sniffed Victoria’s Secret casting director Sophia Neophitou. “She’s like a footballer’s wife, with the too-blond hair and that kind of face that anyone with enough money can go out and buy.”

Upton was quick to fire back.

"I’m doing fine in my career, I don't need to walk down their runway so it's all good. She can think that and I can think whatever I want about her." Upton also noted, "Gisele (Bündchen)'s a football player's wife. Gisele's in that category so I'm good."

Meanwhile, a blogger at skinnygirlgossip.com compared Upton to a “well-marbled” cow.

“I’m not going to starve just to be thin,” retorted Upton. “I want to enjoy life and I can’t if I’m not eating and miserable.”

Indeed Upton’s haters would not slow her down. In June, Kate landed the cover of GQ’s July issue, where she saluted America by seductively licking a red, white and blue popsicle. The men’s magazine also released a video shot by Terry Richardson entitled “The Many Talents of Kate Upton,” which featured her skateboarding, hula-hooping and frolicking in a wet tee-shirt.

Curvy Upton, who was once relegated to the lower echelons of the modeling world, now has not one, but two, Vogue covers under her belt and recently landed a campaign with luxury car maker Mercedes-Benz.

“People told me I couldn’t be fashion, that I’m just an old-fashioned body girl, only good for swimwear,” Upton declared. “But I knew that I could bring back the supermodel. What can I say? I’m relatable.”

Upton’s relatability, among other things, earned her the rank of Google’s 6th most searched people in the United States in 2012. 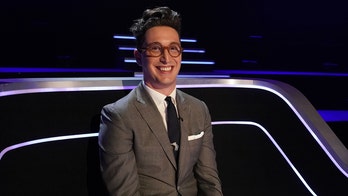 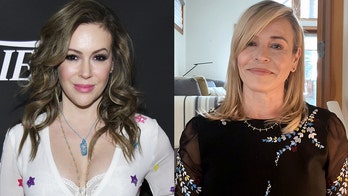 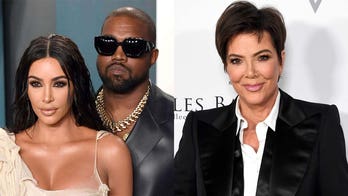 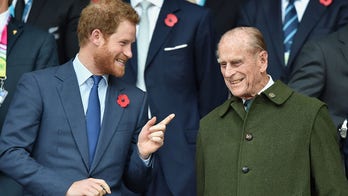 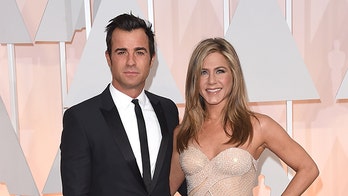