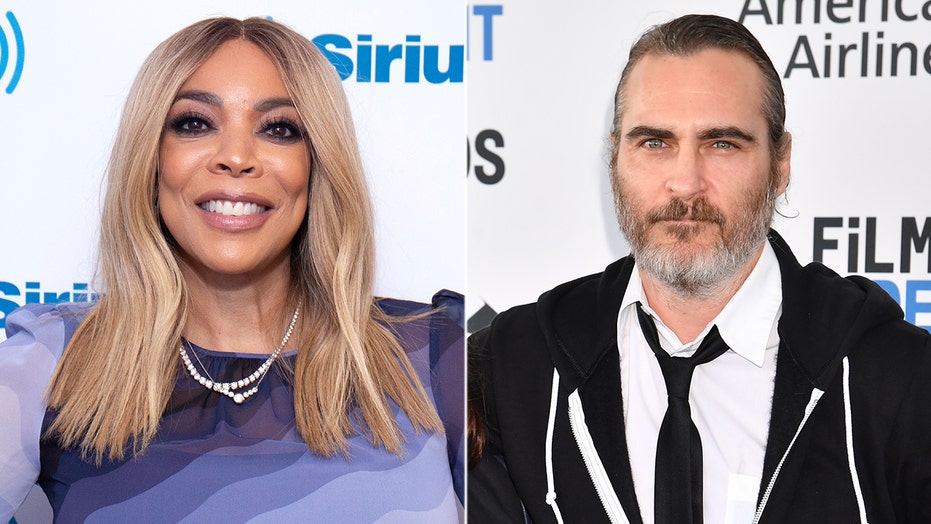 The 55-year-old talk show host was accused of bullying the cleft community during her Jan. 7 show, in which she referred to the "Joker" actor as "oddly attractive" before calling attention to a scar on his face.

"He knows how to transform, when he shaves [his beard] off, the way he looks at you," Williams said (via People) as she recalled his role as Johnny Cash in "Walk the Line." "And he's got the good nose that dips way down, like he's happy with it and so am I."

"The Wendy Williams Show" host continued: "When he shaves off his mustache he's got a hairline fracture. He's got one of those -- what do you call it -- cleft lip, clef palate. He's got this."

The television personality then held up her lip above her teeth, igniting a firestorm on social media as many called the host a "bully," and her remarks "disgusting and detrimental."

One user who especially found Williams' comments offensive was Canadian football player Adam Bighill, who had announced on Twitter that his son was undergoing surgery on Wednesday to repair his lip.

Bighill demanded Williams apologize multiple times in multiple since-deleted tweets. The outspoken host apologized on Thursday via Twitter, along with the announcement that she will be donating money to two organizations that support those born with cleft lips or palates.

"@BigHill44 We’re thinking about Beau today as he is in surgery. I want to apologize to the cleft community and in Beau’s honor, our show is donating to @operationsmile and @AmerCleftPalate and encourage our Wendy Watchers to learn more and help support the cleft community," she tweeted.

Bighill then responded to Williams by thanking her and accepting her apology.

"Thank you @WendyWilliams for your apology, your donation, and for thinking of Beau today for his surgery. I forgive you, and I encourage others to as well. I wish you all the best," the professional player tweeted.

Earlier this week, Williams made headlines for another topic of debate. The television host went on a rant about Howard Stern after the radio icon made a jab about her career on a recent SiriusXM radio broadcast.

"No offense to Wendy Williams, but they put Wendy Williams in before me," he said of being inducted into the National Radio Hall of Fame.

Williams backed down and told her audience she was "tired of fighting" with the shock jock, before highlighting her own career accomplishments.

“I know the only reason I got in is that I had a new talk show. I went from radio, successful, to TV with my own show. You haven’t done that. …. Howard, all I am saying is, keep your hundreds of thousands of dollars, your beautiful wife, Beth, all of those animals that you will rescue and be happy, man. And stop hating on me. Because I don’t hate you!”