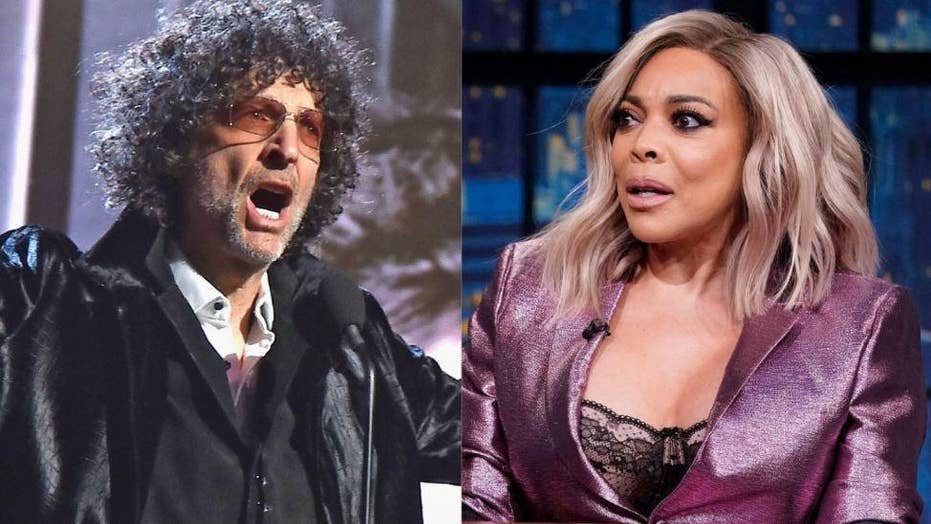 Howard Stern fires back at talk show host Wendy Williams after she said he had ‘gone Hollywood’ when talking about his new book.

After seemingly ending their feud in May, Howard Stern and Wendy Williams are at it again.

Williams, 55, devoted time out of her “Hot Topics” segment on her show to address a jab Stern made about her on a recent broadcast of his SiriusXM radio program. The 66-year-old went on a rant about the Critics Choice Awards not recognizing radio as a category.

According to People, Stern laid into Williams for being inducted into the National Radio Hall of Fame in 2011 a year before him.

Given their past history, Williams didn’t take kindly to being referenced in a negative light. On Tuesday, she spoke about Stern on her TV show.

Howard Stern jabbed Wendy Williams for being inducted into the National Radio Hall of Fame before him. (Gilbert Carrasquillo/GC Images)

“Now you looky here Howard, I’m tired of fighting with you, man. Why do you always have to fight with me? Because you think I’m the low-lying fruit? Why?” Williams said. “Why are you and I always fighting? I wasn’t fighting with you, I’m minding my own business, trying to watch the rest of that disastrous champagne toss on ‘The Bachelor.’”

“Don’t hate on me because I got in before you,” the host continued. “I know the only reason I got in is that I had a new talk show. I went from radio, successful, to TV with my own show. You haven’t done that. …. Howard, all I am saying is, keep your hundreds of thousands of dollars, your beautiful wife, Beth, all of those animals that you will rescue and be happy, man. And stop hating on me. Because I don’t hate you!”

Williams ultimately agreed with Stern’s point that radio doesn’t get a fair shake at modern award shows. She even noted what an influence Stern has been to her throughout the years.

The duo previously buried the hatchet with Stern apologizing after being rude to Williams on his show.

Wendy Williams fired back at Howard Stern over some comments he made about her on a recent show. (Lloyd Bishop/NBC/NBCU Photo Bank via Getty Images)

During a March 2019 "Hot Topics" segment, Williams said Stern had "gone Hollywood," but was clear to note that the self-professed King of All Media and Oprah Winfrey were two of her biggest inspirations.

Williams' relatively innocuous commentary set Stern off, and he lambasted her career, her work ethic, her appearance, her now-ending marriage and even her health problems. However, Stern later apologized in a cover story with The Hollywood Reporter.

“That was me at my worst. I thought she was saying that I was a piece of s—t and I sucked. But now, I don’t see it as an offense at all,” Stern told the outlet, adding that he yanked the incendiary rant from his show's archives. “If ‘Hollywood’ means that I’ve evolved in some way and the show has changed, then yeah, she hit the nail on the head.”

Williams, for her part, was very forgiving of Stern, saying on her show at the time: “By the way, Howard, I read the article with you on the cover of The Hollywood Reporter, and I saw that you mentioned me and that you apologized. Howard, you know what, if you never apologized to me ever in your life, you would still be one of the most influential people in shaping my career — you and Oprah, that’s it.”