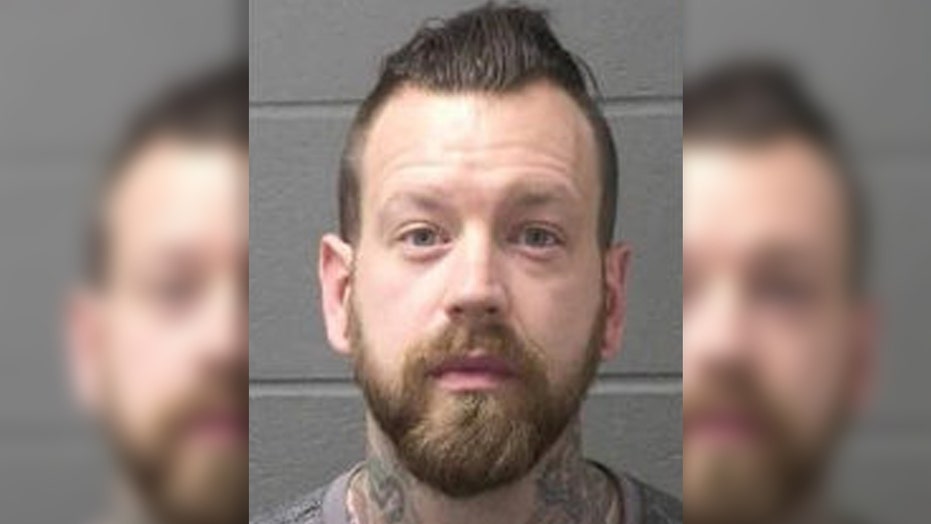 Dustin Schoenhofer, metalcore band Walls of Jericho's drummer, has been arrested in Oregon after he was pulled over and authorities found over 630 pounds of marijuana in his vehicle.

According to a press release from the Oregon State Police Department, Schoenhofer, 41, was pulled over on October 23 for speeding when the officer found probable cause to search the vehicle.

During the search, 632.5 pounds of marijuana and 36.8 pounds of suspected butane honey oil extract were found.

Through the investigation, investigators learned that the marijuana and BHO extract were destined for Ohio, where the musician is originally from.

Dustin Schoenhofer, metalcore band Walls of Jericho's drummer, was arrested in Oregon after he was pulled over on October 23 and authorities found over 630 pounds of marijuana in his vehicle.  (Oregon State Police Department )

KTVZ reported that the officer's log stated that Schoenhofer claimed he "didn’t know the marijuana was in the back of it." He has been released on a $45,000 bond.

Walls of Jericho was formed in 1998 and includes singer Candace Kucsulain, guitarists Chris Rawson and Mike Hasty, bass player Aaron Ruby. They have released five studio albums and three EPs. Their most recent album, "No One Can Save You from Yourself," was released in 2016.