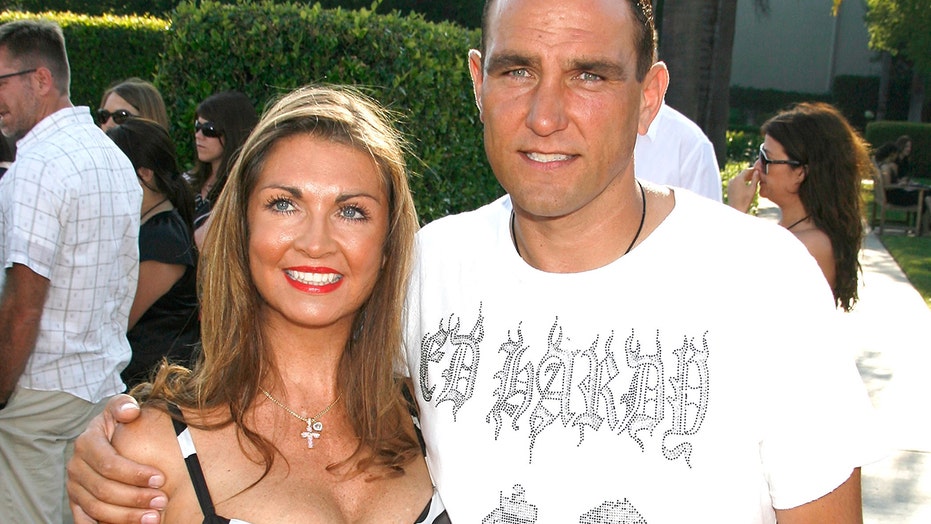 Vinnie Jones has revealed he always carries the love letter his late wife Tanya left to comfort him after her death.

The hardman footballer-turned-actor said he was in pieces after finding the card, which is emblazoned with the words "Always Believe Something Wonderful is Going to Happen."

Tanya, who died of cancer aged 53 in July, wrote him the note and left it inside her diary for him to find to give him strength in the days after she passed away.

He told the Mirror: “I broke down. Now, I take it everywhere I go so Tanya is always with me. She left it with her precious diaries.

Vinnie Jones and his wife Tanya at the premiere of ''Snatch'' at the Directors Guild, Los Angeles, Calif. in 2001. (Kevin Winter/Getty Images)

“Inside she had written: ‘To my love Vin, something wonderful happens to me every day. It’s being with you. You are my morning sunshine the moment I wake. All my love, Tanya.’

"I broke down when I read it because I loved her like that too.”

Vinnie added that he is counting the days until he is reunited with his wife and says he has bought the cemetery plot next to hers so their ashes can be buried together.

Tanya was diagnosed with melanoma in 2013 and died in July after a brave six-year battle with three types of cancer.

She and Vinnie were both treated for melanoma, but while he got the all-clear, the cruel disease spread through Tanya's body.

On Sunday, the star broke down as he revealed he has cried almost every night since Tanya's death.

"I broke down when I read it because I loved her like that too."

However, while opening up about his crippling grief, Vinnie was able to smile with pride as he recalled his wife's strength.

He told how, despite her illness, she fought on determined to be strong for her family and maintained that courage even in her final days.

Vinnie has ruled out ever falling in love again, declaring: "She was the light of my life. I will never be with anyone else."