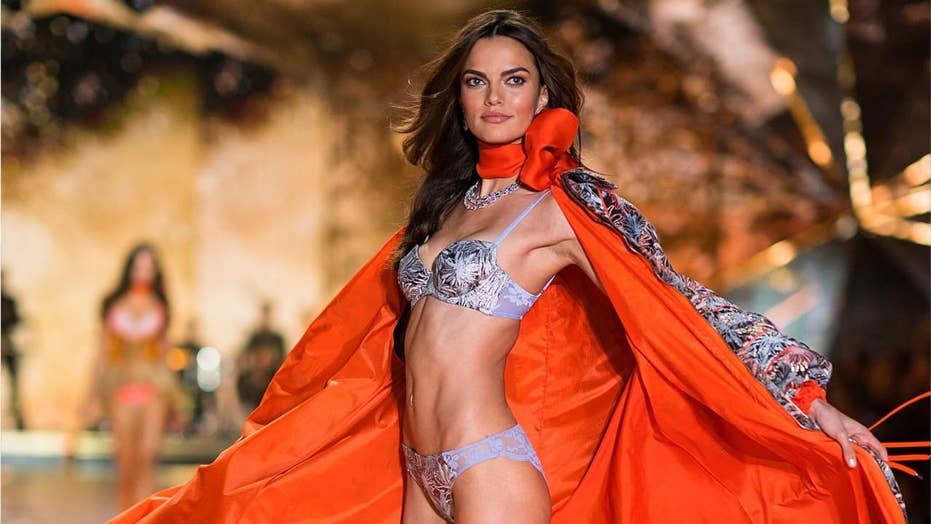 The Victoria’s Secret model, who just walked the runway for the popular retailer’s televised fashion show in New York City, has been singing long before strutting her stuff on the catwalk.

The Victoria’s Secret model, who just walked the runway for the popular retailer’s televised fashion show in New York City, has been singing long before strutting her stuff on the catwalk.

Fox News caught up with Fialho to learn about her love for music and becoming a Victoria’s Secret model:

Fox News: When did you begin your singing career?
Barbara Fialho: I’ve always loved singing. And my family is very musical. My grandfather was a really good guitarist… I studied guitar because of him. No matter what we were celebrating, we would always have an instrument around. Samba was part of our world.

For me, singing was just part of my life. It’s fun. And then at 14, I started modeling. And I knew I wanted to be successful as a model. But music never left my mind. When I started doing the Victoria’s Secret Fashion Show, I was just in awe of how they brought this production to life, year after year. I felt I could do the same with my music. I can bring all the passion that I had, all the love that I had. And it could be a beautiful transition. And really, music is something I do for fun. I just was stung by the bee of music. It never left me.

Fox News: You were scouted as a model at age 14. Were you ever worried you wouldn’t have time to pursue music?
Fialho: No way! Anything you do in life should be a big investment. If you’re going to start something, especially in the arts, you have to first educate yourself. Then you need to find the right professionals who feel just as passionate, who can give you the guidelines. Modeling gave me the financial possibility to help me create my music, but also 16 years of education in terms of collaborating with a team.

It helped more than anything. And I’m very grateful that I’ve been supported through all these years to pursue this passion for music. And to approach music at this stage in my life, with a little more maturity, has been a better experience. Music is a competitive industry and you need a thick skin to approach it and not get hurt by the outcome. I can only hope to continue using everything I’ve learned.

Fox News: You started working for Victoria’s Secret at age 23 in 2012. Looking back, what was going through your mind when you saw those photos for the very first time?
Fialho: As you can imagine, I was stunned. I just never thought it was going to happen for me. And this was my dream company from the beginning. I prepared my body for it. I work out every day. I practice the poses every day. And when I finally saw those photos, I cried so much.

I still do when I think about it. And I do cry when I’m backstage. I have to keep telling myself 'Don’t cry now because you have the makeup on!' *laughs*. But I’m very emotional! So just seeing myself there with the other girls and living the dream, how can you not cry? *laughs*

Fox News: You started your first fitting for the annual Victoria’s Secret Fashion Show in March. However, the event wasn’t televised until December. How difficult is it to stay in shape throughout the rest of the year?
Fialho: I’m very lucky because I’ve always been like Olive Oyl *laughs*. I’ve always been very, very skinny. Almost shapeless. But my mom is also like that. My dad is like that – it’s in my family. If you see them, then you would understand. We’re like chopsticks. So I’m able to do this job and maintain this shape for as long as I’ve been doing it.

My body just doesn’t change that much. But of course, I work out a lot, but not to be skinny; more so to have a bum, have thighs, have a shape *laughs*. I need definition. And most people don’t understand how difficult it can be to stand for 10 hours wearing those wings with good energy and posture.

Fox News: What was it like appearing in this year’s show?
Fialho: It was fantastic. … And it was in New York. It’s always nice to travel to all these beautiful cities like Paris and [countries like] China to bring this show to life, but nothing beats home. And I was incredibly busy.

I was doing the final fittings, recording my video and preparing for the show — all within the same week. But I was working with my family, these girls. And the team is incredibly supportive. They’re always encouraging me to pursue my dreams. They’ve always known music was a part of my life.