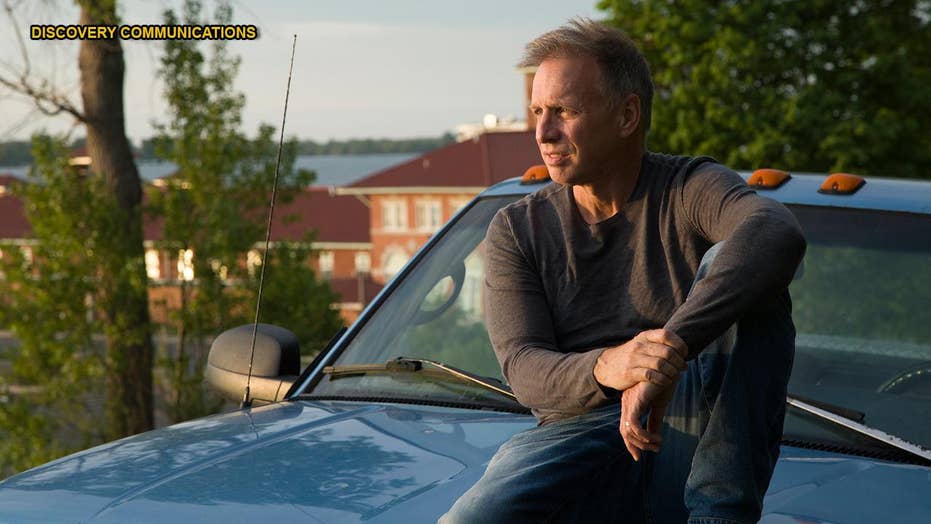 Glenn Stearns will try to recapture the American Dream in just 30 days on Discovery's 'Undercover Billionaire.'

Billionaire Glenn Stearns believes so much in the American Dream that he embarked on an exciting social experiment — and shared his valuable advice for prosperity along the way.

Stearns stars in Discovery’s “Undercover Billionaire,” which follows the self-made mogul for 90 days as he tries to build a brand new, million-dollar company with nothing but $100 in his pocket and a beat-up truck to get him around.

Stearns, who is a successful entrepreneur and typically enjoys a lavish lifestyle of yachts, helicopters and all the coolest toys money can buy, didn’t come from wealth. Born to a working-class family, he was diagnosed as dyslexic at an early age. After becoming a father at age 14, he worked hard to be the first in his family to graduate college and ultimately find paths to fortune and success.

Stearns told Fox News, “The people that really knew me, my friends, they all said, ‘Man you’re the luckiest guy in the world,’ knowing I barely graduated high school and college. So, you know, they're like, ‘You’re not the smartest guy Glenn,’ and I said, ‘I bet I could do it all over again.’”

Glenn Stearns gets dropped in the middle of nowhere with almost nothing on Discovery's 'Undercover Billionaire.' (Discovery Communications)

He continued: “I said, 'We live in a great country with so much opportunity, I bet you if you strip me of everything, I could do it.’ I said that for years and then Discovery took me up on it and said, ‘OK, if that’s what you think you can do, put your money where your mouth is.’”

Episode 1 of the series shows Stearns being dropped off in Erie, Penn., with almost nothing to his name (which he had to fake to remain undercover). He quickly realizes that things won’t be easy, as he trades in luxury for a night of sleeping in his cold truck. However, he says the low moments are important to show that he isn’t special.

“There are two sides of this," he explained. "One is, could I do it again? The other is, could anybody else do it? Is this something that you have to come from money? You have to have this gravitas, this clout or can you just be a regular guy or gal and do it?”

Fortunately, Stearns isn’t alone on this grand experiment. As with his real business, he relies on a handful of hardworking people that he meets along the way. Although they don’t know that he comes from money, his eye for successful people can’t be faked.

“It’s funny, I’ve always put people into two categories: You’re either a basement person or a balcony person. People that either lift other people up, and you want to grow and learn and you want to be positive — or you’re that person that likes to wallow down in the shallows and the darkness,” he said. “I’ve always tried to remove myself from those people and stay with people that bring you up. So, I just looked for people that were very positive that said, ‘That sounds like a plan, let’s try it.’”

When it comes to being the type of person that someone like Stearns would invest in, he said he looks for one key element.

“Going out and creating your own business is hard, and a lot of people say they want to do it, but it’s taking that first step,“ he said. “An everyday person, if they follow some basic principles and they really understand that the hardest part is going to be when you know it’s over and you know you need to give up ... That you don’t give up.”

COULD DOROTHY KILGALLEN MYSTERY BE SOLVED THROUGH DNA EVIDENCE? WORTH A TRY, AUTHOR SAYS

In addition to the difficulty of starting off at an older age with next to nothing, Stearns had to hide who he really was for the show, adopting the persona of Glenn Bryant — a man making a documentary about trying to live the American Dream. However, he says the anonymity was refreshing.

The hardest part is going to be when you know it’s over and you know you need to give up... That you don’t give up.

“I also did enjoy the fact of not having my name and reputation or anything because I [wondered] for a long time, Do these people ... Do they like all my fun cool things, or am I just connecting with people? It’s hard to think like that, but you wonder every now and then,” he revealed. “So getting to sit with people that have no clue and just getting to connect with them on a deep level, I absolutely loved it because it was just two people without all the fancy toys.”

He continued: “It’s true that when you walk in a room and you’re successful and have a fancy car or plane or whatever, people look at you differently. You know? So that’s not fair. If you’re going to be an average person that hasn’t had that, can you build something? I hope this shows you can.”

Although he has many things to be grateful for now that his three-month journey is complete, Stearns notes that it's his country he’s most thankful for.

“People struggle in a lot of these other countries just to get by and it’s a lot different in that you don’t have the celebration of being an entrepreneur or a job creator,” he said. “While I think we still have a lot of people that maybe don’t feel that way in this country, overall it’s still the land of opportunity and it’s still is a place where people will celebrate you or help you. We’ve built a foundation on rewarding that ... I still believe that if you want to make it, you can make it here.”

‘Undercover Billionaire’ airs on Tuesdays at 10 p.m. on Discovery Channel.