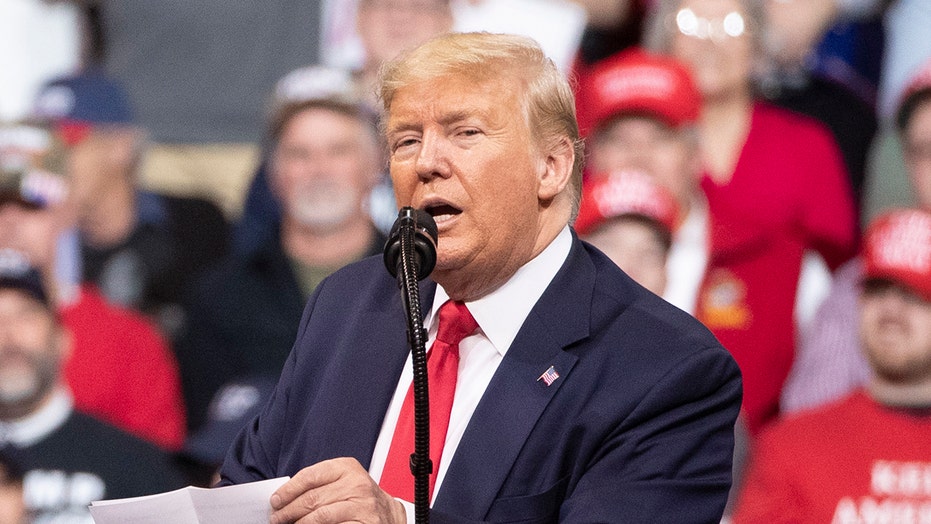 President Trump raised some eyebrows on Monday night after he shared a clip from the HBO series "Curb Your Enthusiasm" featuring its star Larry David sporting a "Make America Great Again" hat.

In the topical season premiere of the long-running comedy that originally aired last month, David discovers that wearing the iconic "MAGA" hat is a great "people repellent" and starts to conveniently wear it around Los Angeles to avoid person-to-person contact.

The clip shared by the president features David driving a car and accidentally swerving into an angry biker.

"I'm sorry, I didn't see you," David responded behind a closed window.

The two of them pause with the biker demanding the "Seinfeld" co-creator to get out of his car. David then puts on the "MAGA" hat and apologizes again, which drastically changes the biker's tune.

RICKY GERVAIS SWIPES OSCARS FOR INJECTING POLITICAL COMMENTARY: 'I... TRIED TO WARN THEM'

"Will do, will do," David responded.

The president captioned the video, tweeting "TOUGH GUYS FOR TRUMP!"

Critics piled on the president, accusing him of not understanding that the HBO series was mocking the use of the famous pro-Trump gear.

"Curb Your Enthusiasm" executive producer Jeff Schaffer described David's use of the "MAGA" hat to The Hollywood Reporter last month.

"Larry in the hat is such a dissonant image. You realized when he put it on that you just never see a person in a MAGA hat in Los Angeles. It’s like spotting a double rainbow of intolerance," Schaffer quipped.