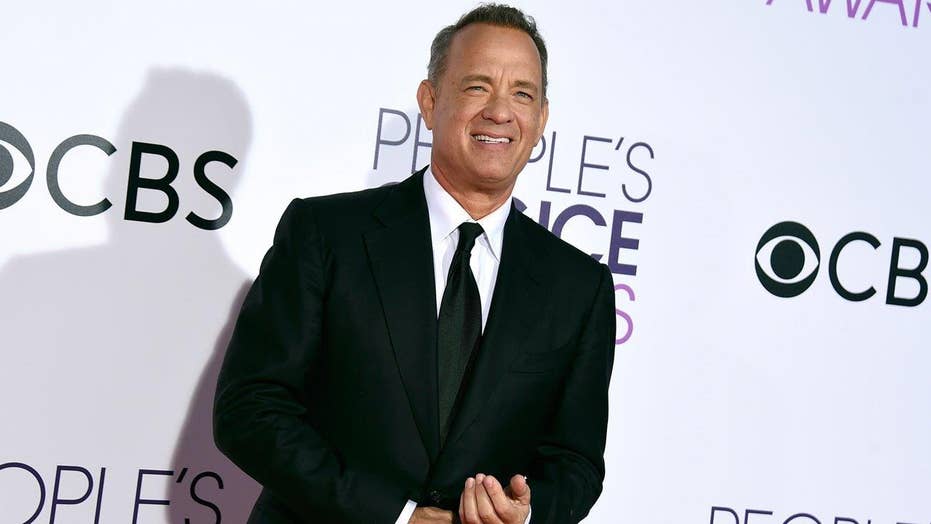 Tom Hanks sent an unexpected gift to the journalists working in the White House press room on Thursday.

Steve Holland, who covers the White House for Reuters, tweeted, “Thankx to @tomhanks for the new coffee machine for the schlubs in the WH press room.” Holland included a photo of a brand new espresso machine.

Thankx to @tomhanks for the new coffee machine for the schlubs in the WH press room. pic.twitter.com/DHVhowzd3L

In a follow-up tweet, Holland revealed that the gift also included a note from the 60-year-old actor, who is an outspoken critic of President Trump.

“To the White House Press Corps,” it read. “Keep up the good fit for Truth, Justice and the American Way.”

Here is the note @tomhanks sent with the coffee machine pic.twitter.com/vFo4m1OXxf

The note also included a cartoon drawing of American soldiers.

The cartoon was captioned, “Fresh, spirited American troops, flushed with victory, are bringing in thousands of hungry, ragged, battle-weary prisoners."

Hanks’ present comes amid growing animosity between the White House and the media.